“You won’t believe the things you think of when you only have your thoughts. When you have only one muscle that works, your brain. Fully aware of your surrounding, fighting each moment just to take a breath.”
Victoria Arlen 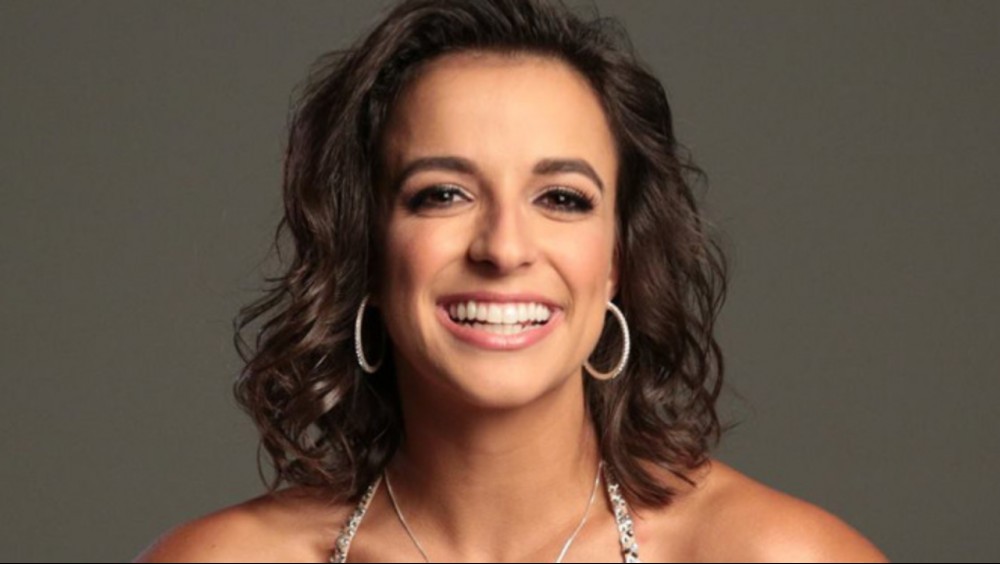 Today I will like to share the story of a lady who has gone through so many challenges.

Challenges which many of us are opportune not to have faced.

Despite all of these challenges, she went on to win 4 Paralympic medals, working as the youngest correspondence on ESPN and participating on dancing with the stars.

Today I will be sharing with you Victoria Arlen’s story.

Arlen is a triplet, she has 2 brothers.

As a child, she loved living.

She had this intense gratitude for life.

At ten she also said she wanted to be on dancing with the stars. 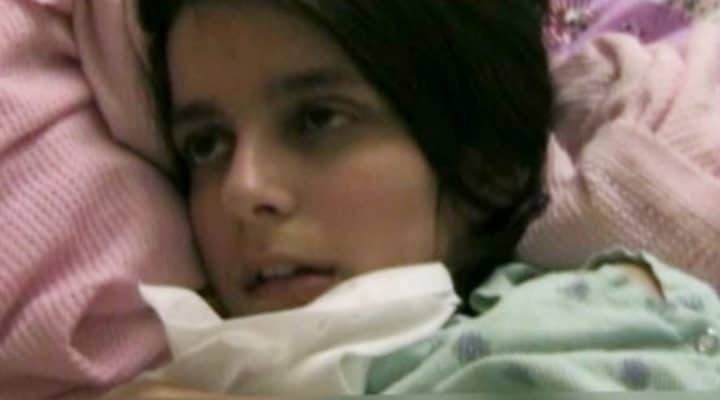 In 2006, at the age of 11, Victoria developed two rare conditions known as transverse myelitis and acute disseminated encephalomyelitis.

These conditions led to the loss of her ability to eat, speak, walk or move.

For four challenging years, Victoria was in a vegetative state.

She was aware of the environment around her but just unable to move and communicate.

Doctors predicted that her recovery was very unlikely.

Like I mentioned, Victoria was completely aware of what was going on in her environment.

Meaning she could hear doctors telling her parent, she will never recover, that they should accept the fact that she going to die and if she didn’t she was going to be in that vegetative state for the rest of her life.

While Victoria Arlen was in that vegetative state, she made a promise to God.

She said, ” God if you give me a second chance, I promise to use my voice to make a difference in the world.”

Desperate to get the seizures to stop, in November of 2009, doctors gave are something to help her relax and that was the turning point.

She was able to lock eyes with her mom, which gave her mom so much hope, that she was still in there.

From there she slowly started coming out of the vegetative state.
She was 15 years old when she began recovering.

She had to begin learning how to eat, speak and move.

She worked so hard to regain her self as a way of dealing with post-traumatic stress.

More than a year later she had some control of her upper body but no control from the waist down.

She gradually worked her way up to using a wheelchair. 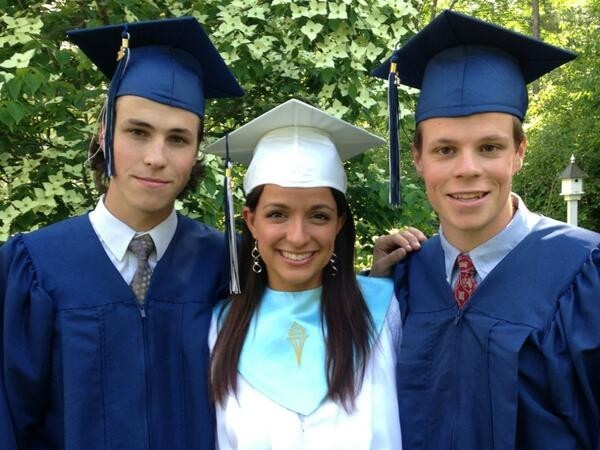 As she became able to walk around with a wheelchair, she also became determined to graduate high school at the same time with her brothers in 3 years

She had just a 5th-grade education before her illness.

So she began school and from the first day she was bullied.

Victoria says this was the one time she started feeling really sad about all that had happened.

She was able to succeed despite these challenges as a result of the support and believe given to her by her parents, siblings, and trainer.

She did succeed, she graduated at the same time with her brother. 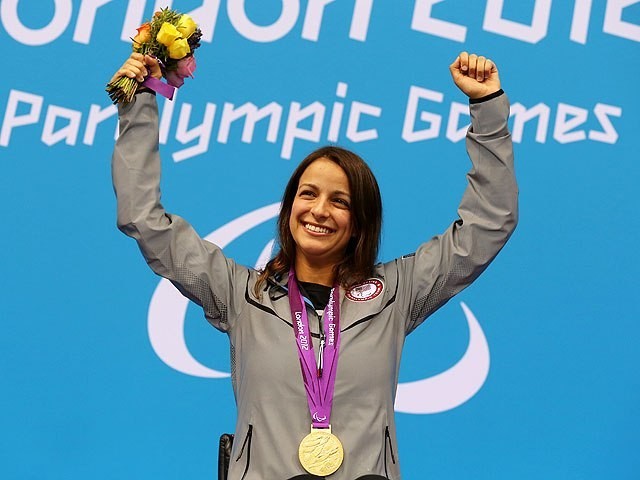 In addition to her studies, Victoria found comfort in sports.

So she joined a program called Northeast Passage.

Which provided innovative sporting activities for people with disability.

She was convinced by her hockey coach to get into competitive swimming.

She was initially scared because she thought she couldn’t swim without her legs.

But she later fell in love with it, as this was freedom from her chair.

She was all in and decided to go for Olympic gold.

She was told no by everyone except her mom.

With just 6 months to train for the London, 2012, Paralympic competition, Victoria got to work.

She got a coach, who for the first time just looked at her like an athlete and not someone with a disability.

And within a month she broke a world record and went on to win 1 gold and 3 silvers medals at the London Paralympic games.

When Victoria Arlen returned home after winning several medals at the Paralympics, she decided to keep the promise she made to God.

She started sharing her story, in order to inspire others to pursue their dreams. 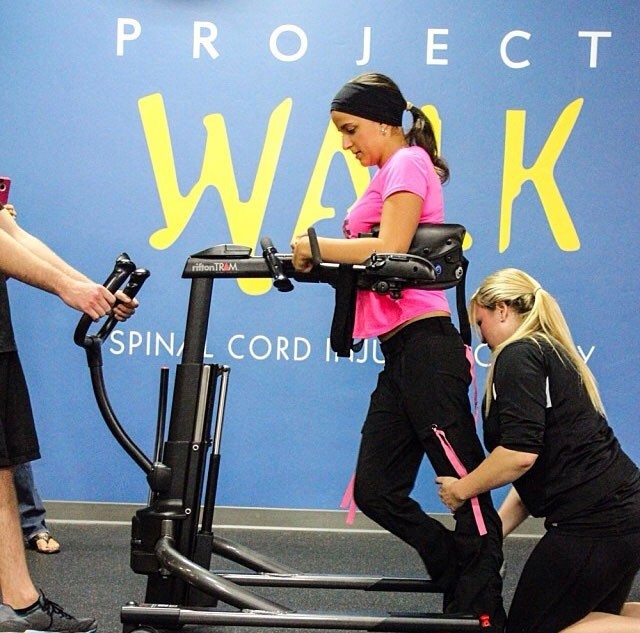 She was told by doctors that after 8 years on a wheelchair, she had low chances of ever walking again.

Her mom recounts asking a neurologist about Victoria chances of walking again and he replied ” well, I won’t mortgage the house ”

Determined to defy the odds, Victoria and her mom went to California to start therapy at Project walk.

There training was going well but they couldn’t stay away from their family in California.

So Victoria’s parents decided to mortgage their house to open Project Walk Boston, led by her mom.

Finally, on November 11th, 2015, she experienced a small flicker in her right leg.

With the help of her trainers, she kept working hard to train her muscles to move.

And by March of 2016, Victoria was able to walk with the use of leg braces and a crutch.

6 months later, she said farewell to her wheelchair for good. 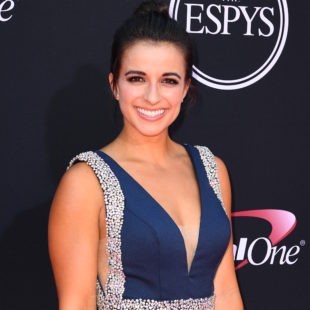 Victoria Arlen had been job hunting and had come across ESPN and she decided that was somewhere she would like to work.

Her work ethic was noticed by ESPN executives.

They decided to give her a shot as an intern.

After she proved herself, she was given a chance, as an on-air correspondence.

She has traveled the world, covering sporting events close to her heart.

Dancing With The Stars 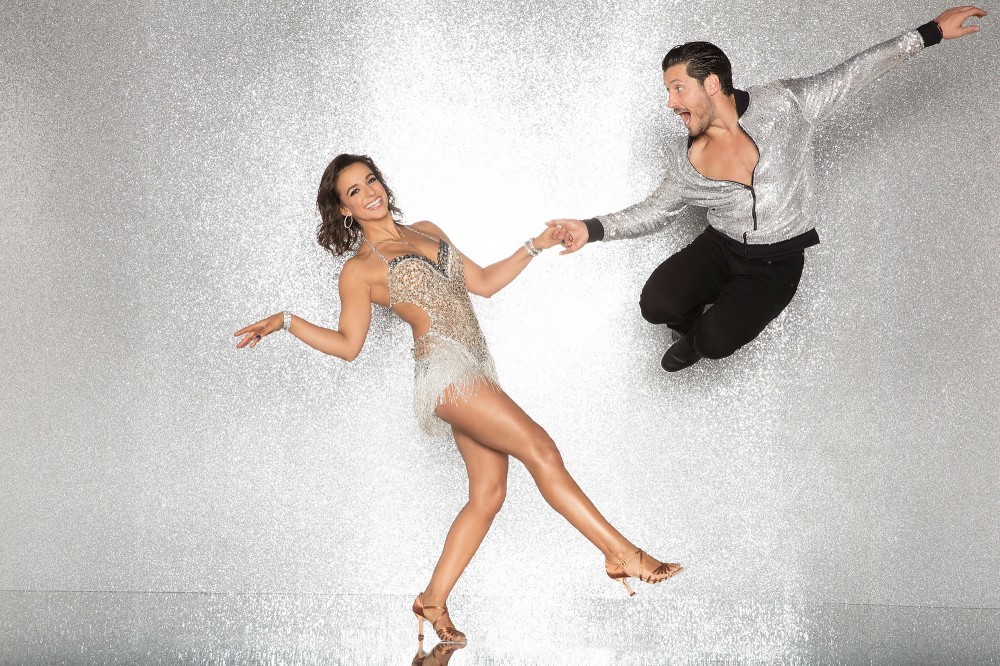 During Victoria’s evaluation at Project walk, she said she wanted to be the first person on a wheel on dancing with the stars and her trainer replied ” why not do it with your legs”

In the spring of 2017, Victoria Arlen got the call she had been waiting for since she was just 10 years old.

Then reality sunk in.

She had been walking only for about a year when she got the call.

She was still finding it difficult to wear regular shoes, now she had to dance in front of millions.

Victoria experienced a lot of panic attacks and nightmares during this period.

She was pushed and inspired by her partner Valentin Chmerkovskiy, who is a Ukraine- American professional dancer.

He reminded her to rise and hold her head up.

He would tell her ” you lived, show them what that means”

Victoria danced her victory dance to the semi-finals of dancing with the stars,  and she came fifth in the competition.

Victoria continues to keep her promise she made to God.

In which she inspires people going through various types of hardships.

They also fund scholarships to individuals and organizations that help people overcome obstacles.

There is so much more, you need to know about this brave soul. 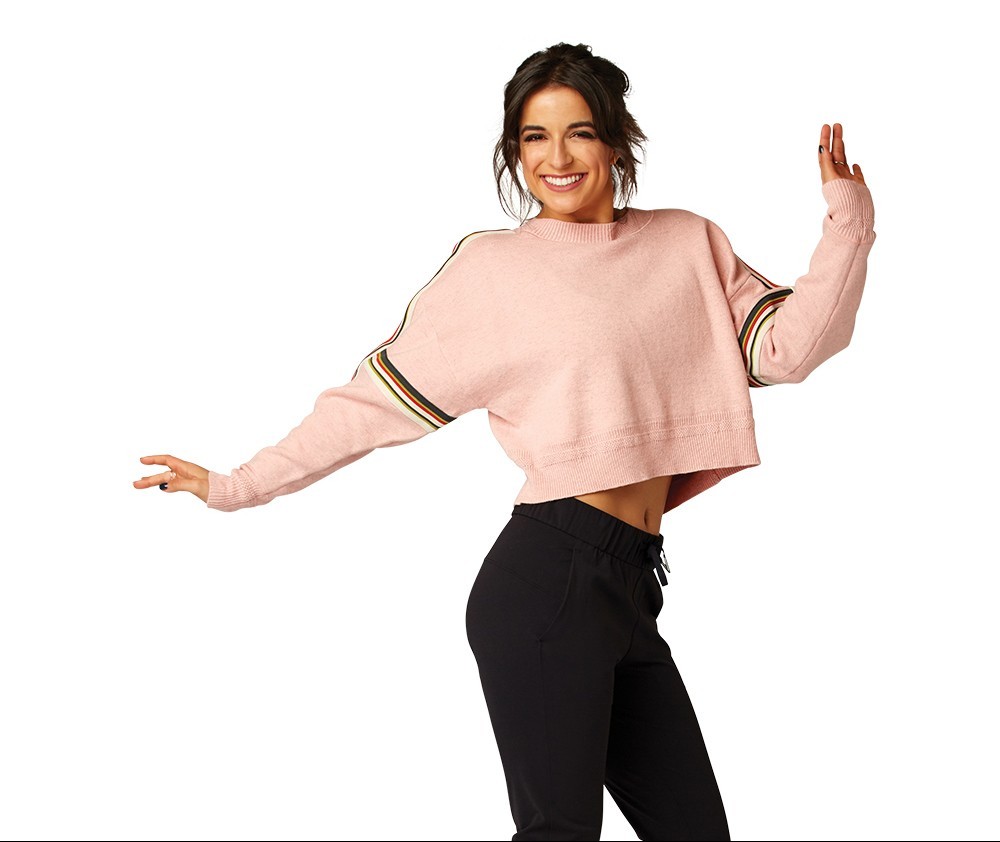 Before, we go, here are some lesson learned from Victoria’s story.

Lessons which will make us rethink giving up when it gets really hard, as we know it will.

1. You really find your faith when you are in that fire.

2. Every day I got to wake up, I was grateful. I found gratitude among all the grief.

3. The is power in believing in someone.

4. I watched the world go on in the sidelines for so long, so when I got the call to get into the game, I just got into the game and went for it.

5. I realized that people don’t get a second chance and God gave me my voice back for a reason and I am not going to waste it.

6. Accept the diagnosis, not the prognosis.

7. The only way you set yourself up for success is when you take that challenging step.

8. When you see that spark, you godda fan the flame.

9. Face it, embrace it, defy it and conquer it.

11. For me not one breathe is taken for granted and if it is, then shames on me.

12. You kind of learn to rise but sometimes it’s a little scary to stand tall.

I hope Victoria Arlen’s story inspired you as much as it did me.

I will like to know, what inspired you the most about Victoria Arlen’s story?

As usual, my friend go be legendary