Today I will like to tell you a story of a guy who went from being addicted to drugs to becoming one of the most successful life coaches and Amazon bestseller.

Today we will get to know more about Timothy Han, also known as Tim Han. 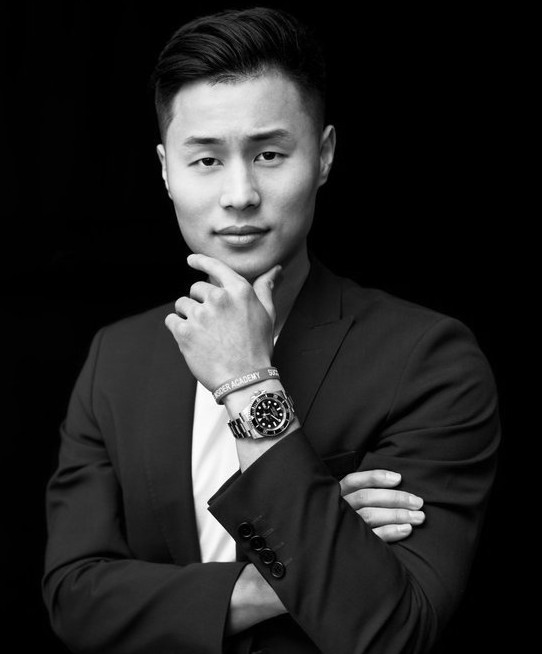 We will get to know about the man behind the brand, success insider.

We will get to know about a guy who made lots and lots of mistakes, growing up.

A guy who no one would ever imagine could amount up to anything.

But then when he finally made the decision to get on the right track.

When he got tired of wasting his life, he made the change and succeeded to build a life for himself which is admired by so many.

A life which is able to impact so many others worldwide.

He grew up with his mum and sister.

Tim was very shy as a kid.

He was so shy to make friends or talk in class.

His Introduction to racism

In the year 2000, His entire family moved to England.

It was in this small town in the south of England that Tim Han started being bullied because of his race.

His sister and he were there only two Asian kids in his school.

He tells a story of the bullying getting so bad, so much so that, his mum had to visit his school and complain to the authorities.

When one of the bullies followed him, pushed him and began insulting him until he started crying.

Being bullied and constantly being judged by people, made him develope severe social anxiety and low self-esteem.

In order to escape his unpleasant reality, he became attached to playing video games.

He played video games at any opportunity he got.

How he got introduced to drugs

In 2005, Tim began high school and he was so determined not to be the kid being picked on.

He was determined to be one of the cool kids.

Cool kids, who were rude to teachers, skipped classes, took drugs and so much more.

His wish came through, he started hanging out with the cool kids.

In order to fit in with his new friends, he adopted their traits.

He became what many of us, will call a thug.

He got into a lot of fights and spent his weekends partying and taking drugs.

A business, he began with his mum’s money .

He eventually lost all of the money invested due to his addiction to drugs.

He found a job

He told his mum, he never wanted to continue with school but instead search for a job.

But he spent most of his days after graduation hanging out with his friends.

They drank, ate lots of pizza, played video games, took drugs and so much more.

To feed his drug habit, he will steal money from his mum and sister when he ran out of the employment benefits being given to him by the government.

Halfway through that year, Tim, began applying for jobs in order to be able to buy some trending outfits and shoes he wanted.

He didn’t get a positive response from any of the companies except for one.

He succeeded to get a cleaning job.

A job in which he was required to clean, stinking toilets.

He talks about a time when was cleaning a toilet which had faeces stuck to the bottom and his manager told him to clean it faster.

In the rush, he caused the faeces to splash back on his face.

Why he quit drugs

He went to work, returned home, hung out, smoked weed and did drugs with his friends.

On one faithful day, his mum and a neighbor confronted them on their activities.

His mum didn’t say much on that day, she just told him she will like to have a word with him the next day.

The next day, he woke up and went to meet his mum for the requested conversation.

She looked at him with an emotionless face and told him, they should go on a walk.

On this walk, Tim’s mum told him of all she had to go through to give him and his sister the best in life.

Then she turned to Tim and asked him if he was going to be there for her when she needed him.

She asked him if he will be able to provide her with the things she needed in her old age.

Then she made him promise her that he will never do drugs again.

A promise he kept.

A message about dead

He stopped doing drug but didn’t upgrade his group of friends.

He still hung around with his friends who loved partying and getting drunk, so he did the same.

He woke up the next morning, unable to stop food from coming back up.

This made him feel so sick and light headed.

Eventually, the vomiting stopped and he went to his bedroom to try and sleep.

In order to help him fall at sleep, he decided to watch something boring.

So he got his laptop and typed ‘presentation’ on youtube.

What came up was Steve job’s Standford commencement speech.

He clicks on it believing he could fall at sleep to this.

Little did he know that he was about to consume content which will change his life forever.

Steve Job’s message about dead got to Him.

Steve Job’s reminds us in this video to live each day like it is our last cause one day it will be.

He tells us to look at ourselves in the mirror daily and ask “ourselves If today was the last day of my life will I be doing what I am doing today?”

How He transformed his life 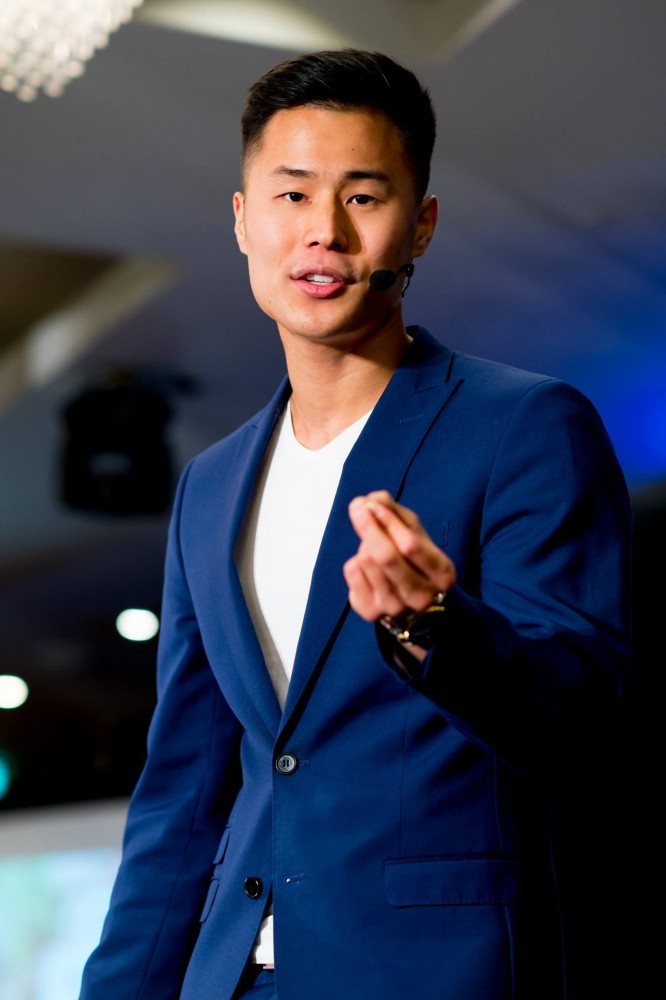 After this video finish, Tim had a tear in his eye.

He was reminded of his mortality.

He made a promise to himself from that day onwards that he was going to live his dream.

From then onwards, every single day of 2009 was dedicated to

In that year, he started a successful clubbing business.

Quit drug got a girlfriend and started developing muscles.

It took him one year to master his psychology by investing in books, self-development courses, mentors and working very hard.

You can get to know about the steps Tim Han used to go from drug-addicted, party-loving, toilet cleaner to a successful businessman in one year, in his book. 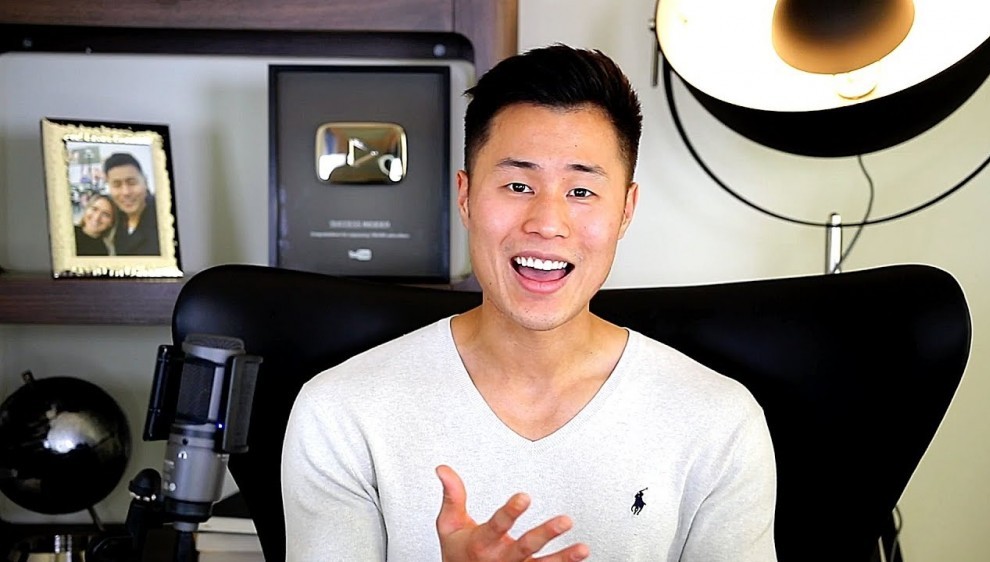 1. It doesn’t matter how many mistakes you have made in the past.

It doesn’t matter how much wrong you have done.

It doesn’t matter how much time you have wasted before.

All that matters is what you do from now henceforth.

Take action and live the life you were truly born to live.

2. We all have shortcomings and we all have the power to decide to begin working on getting rid of them.

3. Consume content which inspires you to grow from your present level in life.

4. Be very careful about the company you keep.

5. When the student is ready, the teacher will come.

I hope you were inspired by the success story of Tim Han.

What lesson did you learn from his story?

Do you have any shortcomings, keeping you down?

As usual, my friends, go be legendary

Victoria Arlen ( From Paralyzed to dancing with the stars )