So today is Nelson Mandela day

And you might be wondering  what made him so special?

Why does he deserve his own day?

If you are among the few who have these questions in mind, no worries, I am about to give you a brief summary of a mind who influenced so many hearts and mind with his outstanding deeds and words.

He was a South African anti-apartheid revolutionary, political leader, and philanthropist who served as President of South Africa from 1994 to 1999. He was the country’s first black head of state and the first elected in a fully representative democratic election.

Mandela served 27 years in prison, split between Robben Island, Pollsmoor Prison, and Victor Verster Prison. Amid growing domestic and international pressure, and with fears of a racial civil war, President F. W. de Klerk released him in 1990. Mandela and de Klerk led efforts to negotiate an end to apartheid, which resulted in the 1994 multiracial general election in which Mandela led the ANC to victory and became president.

Now that we are all caught up, let’s look at some words which add to his incredible legacy.

Some words who inspire us to be the best versions of ourselves.

These Nelson Mandela quotes on leadership reminds of some of the qualities which make us great leaders.

They outline qualities such as ;

4. “Courage is not the absence of fear, but the triumph over it. The brave man is not he who does not feel afraid, but he who conquers that fear.”– Nelson Mandela

5. “Our march to freedom is irreversible. We must not allow fear to stand in our way.”– Nelson Mandela

6.“The brave man is not he who does not feel afraid, but he who conquers that fear.” – Nelson Mandela 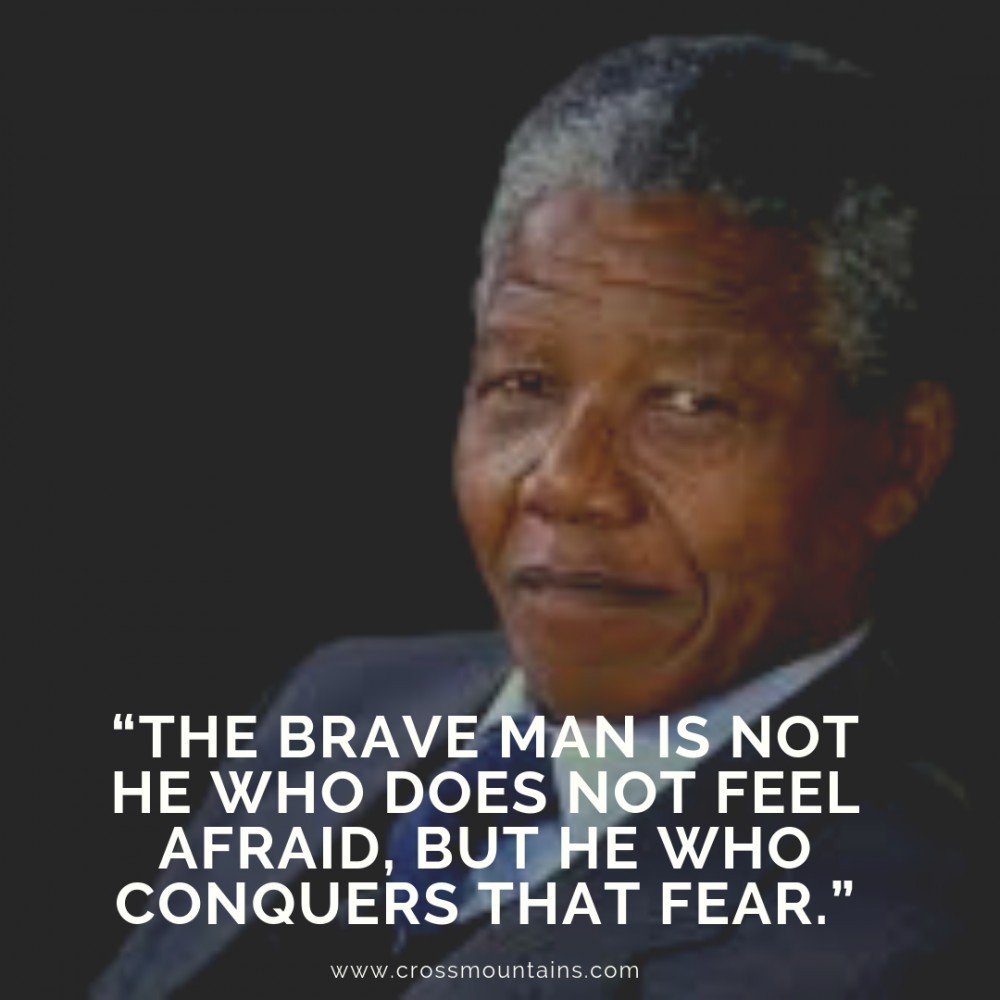 7. “As we are liberated from our own fear, our presence automatically liberates others.”– Nelson Mandela 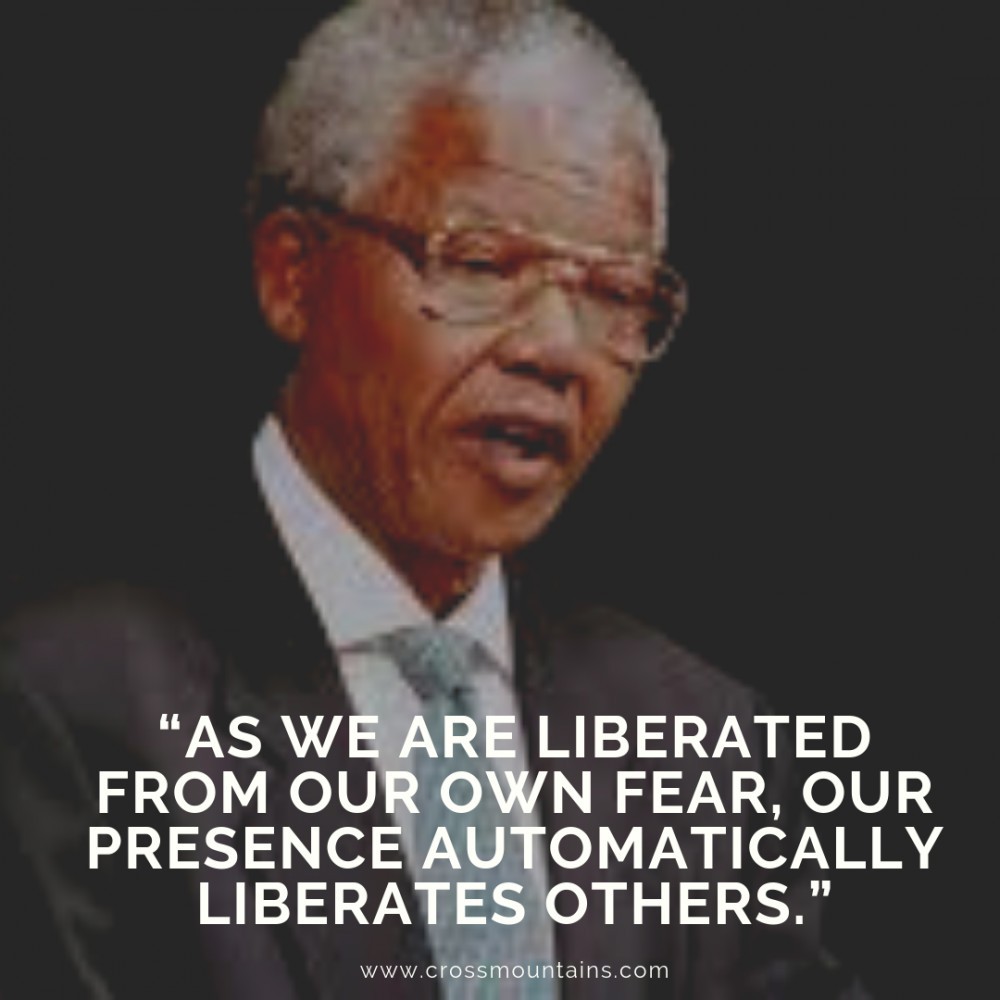 These Nelson Mandela quotes on hope remind us that the best will be ours if we remember to be our best selves.

We will get our best lives when we don’t let the challenges we face mold us into someone we hate.

8. “I am fundamentally an optimist. Whether that comes from nature or nurture, I cannot say.” – Nelson Mandela

9. ” It always seems impossible until its done.”– Nelson Mandela 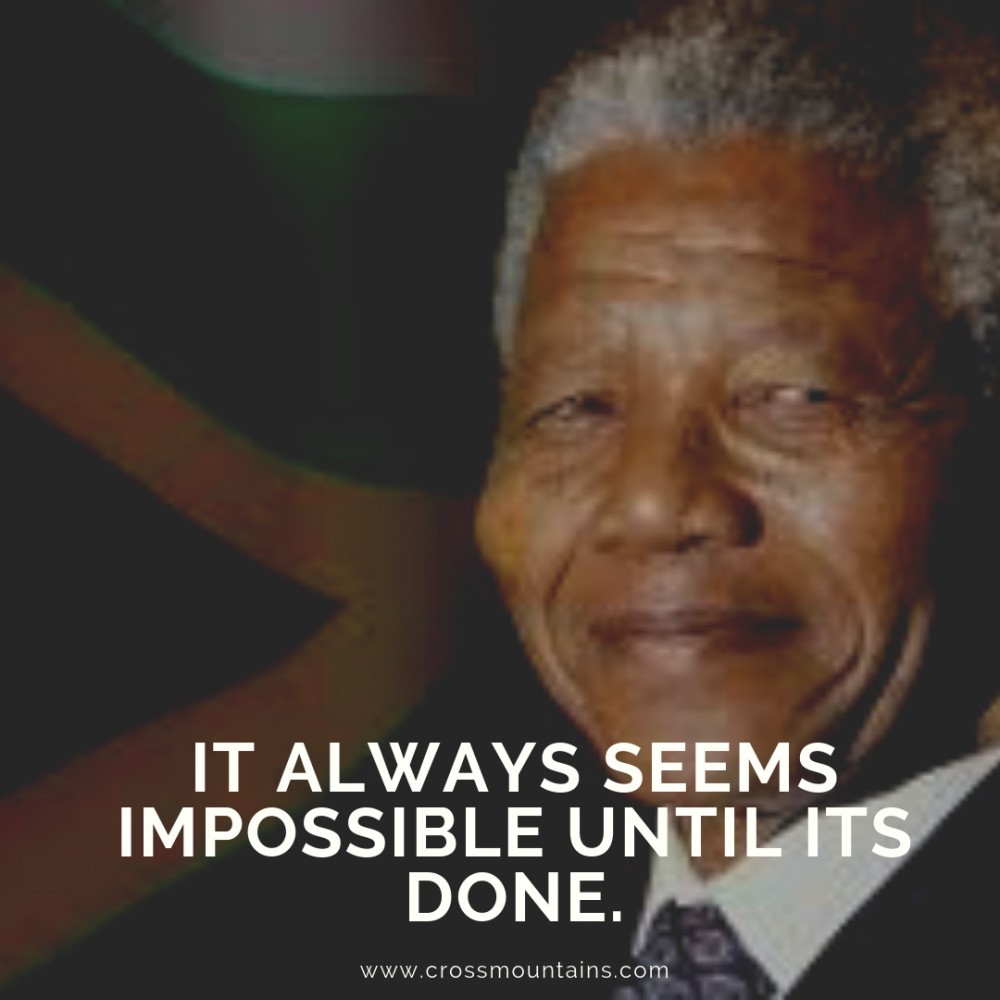 10. “Human beings have got the ability to adjust to anything.” – Nelson Mandela

11. “A good head and a good heart are always a formidable combination.” – Nelson Mandela 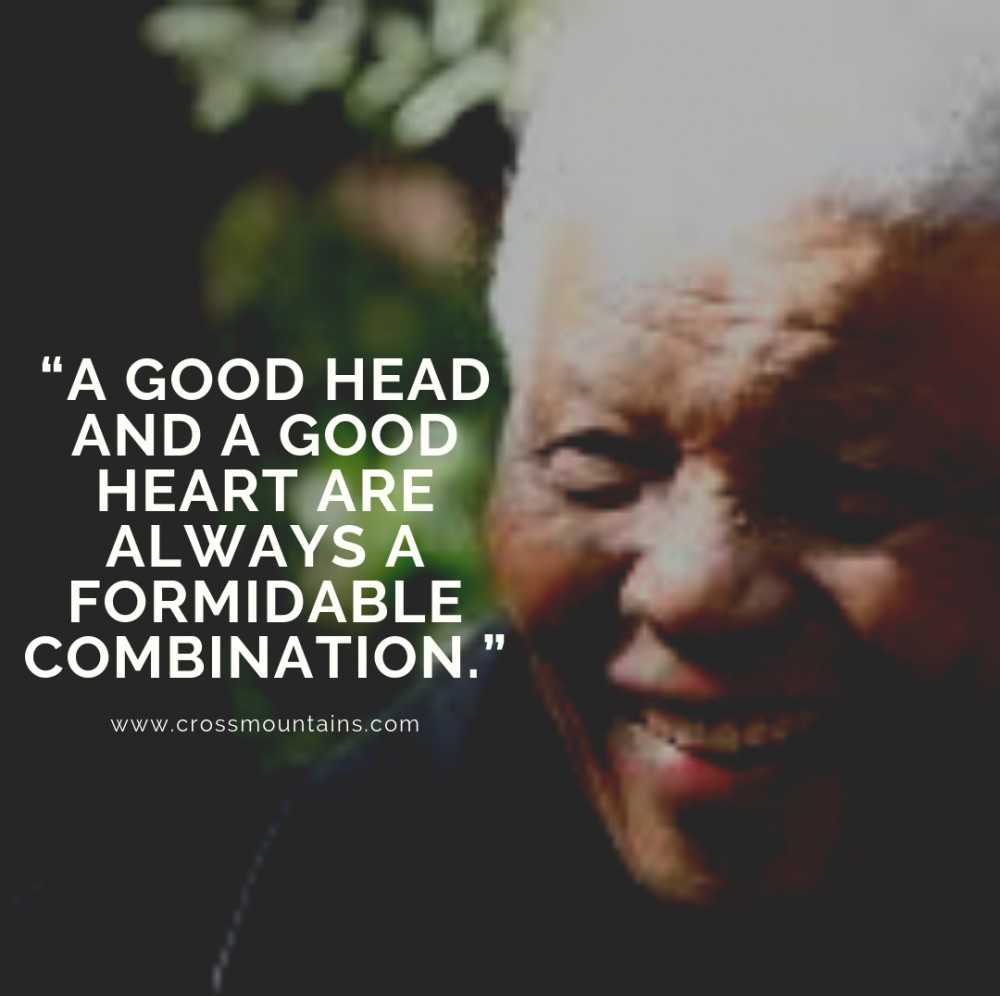 12. “If there are dreams about a beautiful South Africa, there are also roads that lead to their goal. Two of these roads could be named Goodness and Forgiveness.” – Nelson Mandela

13. “I have spent all my life dreaming of a golden age in which all problems will be solved and our wildest hopes fulfilled.” – Nelson Mandela

14. A winner is a dreamer who never gives up.– Nelson Mandela 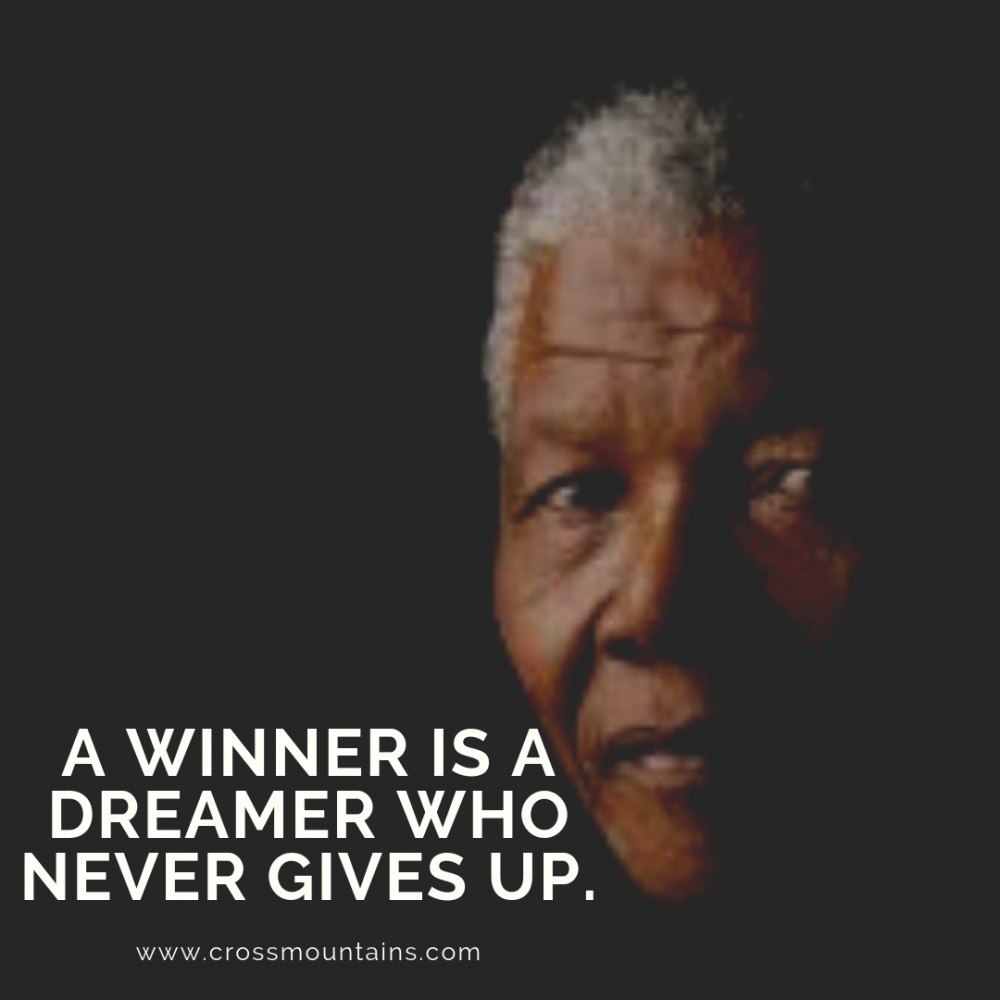 15. “Significant progress is always possible if we ourselves try to plan every detail of our lives and actions.” – Nelson Mandela

16. “It is in your hands, to make a better world for all who live in it.” – Nelson Mandela 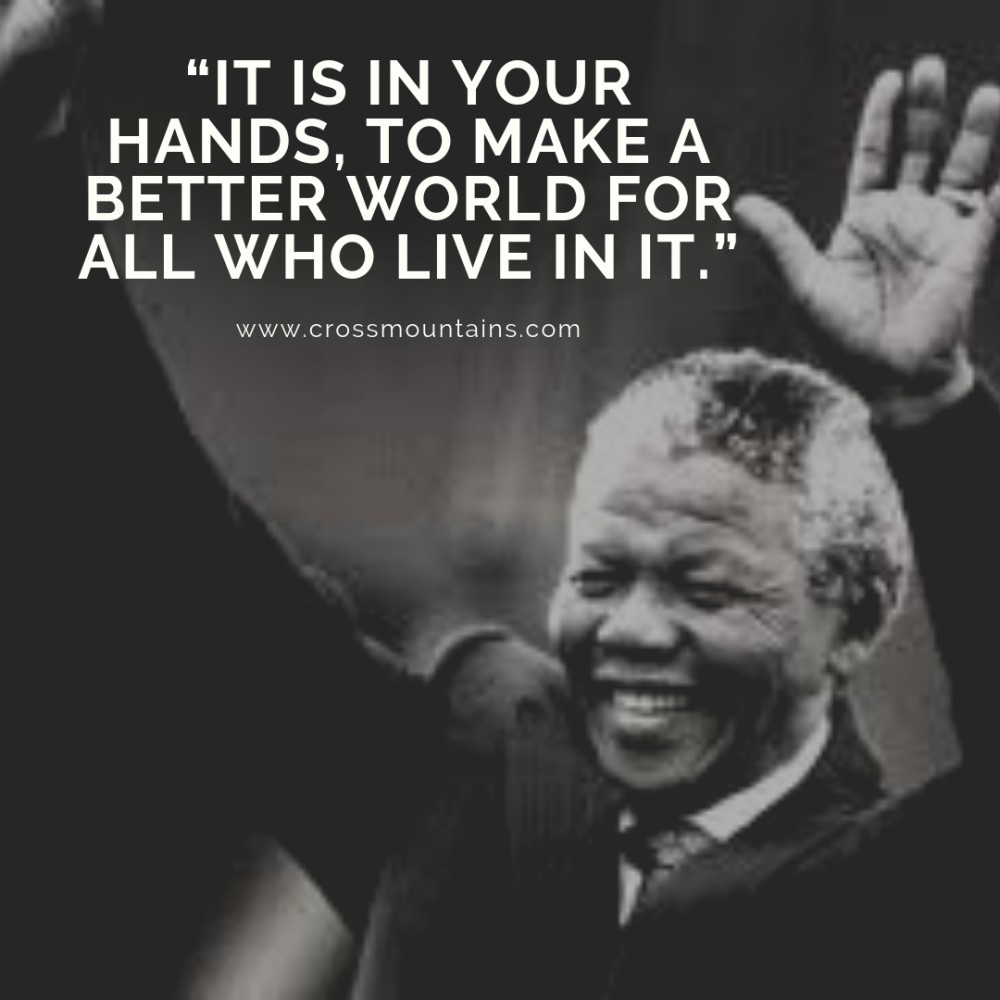 17. “There were many dark moments when my faith in humanity was sorely tested, but I would not and could not give myself up to despair.” – Nelson Mandela

18. “One cannot be prepared for something while secretly believing it will not happen.” – Nelson Mandela

20. “It is through education that the daughter of a peasant can become a doctor, that the son of a mine worker can become the head of the mine.” – Nelson Mandela

21. “Of course we desire education and we think it is a good thing, but you don’t have to have education in order to know that you want certain fundamental rights, you have got aspirations, you have got claims.” – Nelson Mandela

22. “Education is the most powerful weapon which you can use to change the world.” – Nelson Mandela

The next list of Nelson Mandela quotes include some life lessons he learned throughout all of the life experiences.

He shares with us some wisdom which could be used to greatly impact our lives.

25. “One of the things I learnt when I was negotiating was that until I changed myself, I could not change others.” – Nelson Mandela

26. “There is no passion to be found playing small – in settling for a life that is less than the one you are capable of living.” – Nelson Mandela

27. “The habit of attending to small things and of appreciating small courtesies is one of the important marks of a good person.” – Nelson Mandela

28. “I have walked that long road to freedom. I have tried not to falter; I have made missteps along the way. But I have discovered the secret that after climbing a great hill, one only finds that there are many more hills to climb. I have taken a moment here to rest, to steal a view of the glorious vista that surrounds me, to look back on the distance I have come. But I can rest only for a moment, for with freedom come responsibilities, and I dare not linger, for my long walk is not yet ended.” – Nelson Mandela

29. “It is what we make out of what we have, not what we are given, that separates one person from another.” – Nelson Mandela

30. “We must use time wisely and forever realize that the time is always ripe to do right.” – Nelson Mandela 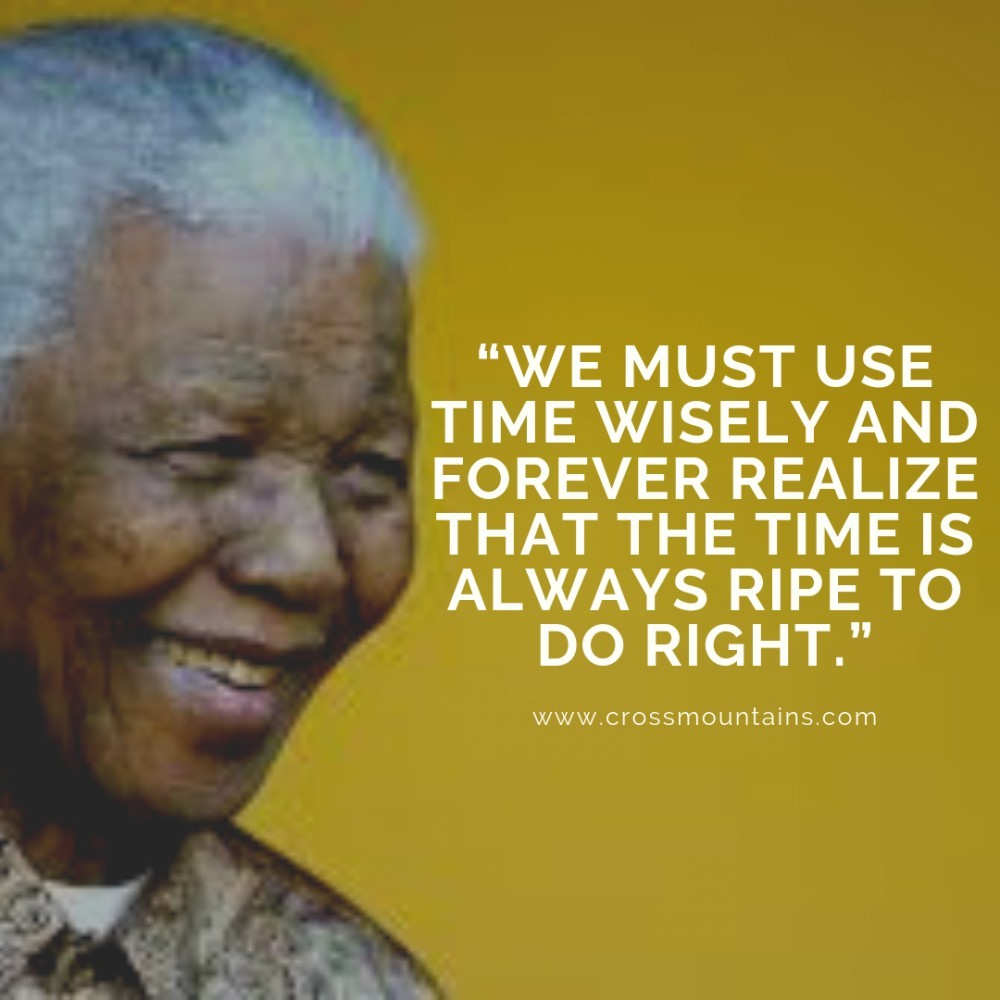 31. “The greatest glory in living lies not in never falling, but in rising every time we fall.” – Nelson Mandela 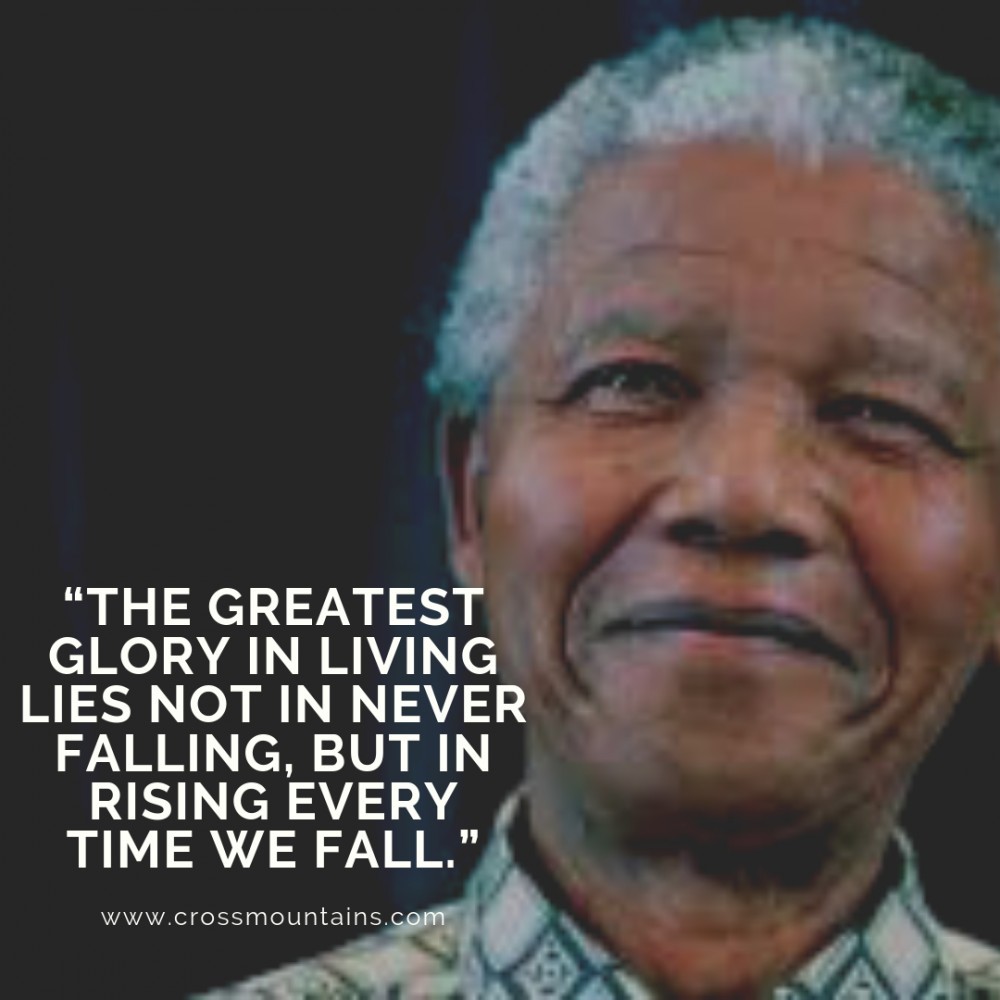 32. “After climbing a great hill, one only finds that the are many more hills to climb.” – Nelson Mandela

33. “I have a special attachment to the people who befriended me during times of distress.” – Nelson Mandela

34. “What counts in life is not the mere fact that we have lived. It is what difference we have made to the lives of others.” – Nelson Mandela

36. “We too will die but that which we collectively contribute to our national cultural identity will live forever beyond us.” – Nelson Mandela

37. “No one is born hating another person because of the color of his skin, or his background, or his religion.” – Nelson Mandela

38. “People must learn to hate, and if they can learn to hate, they can be taught to love, for love comes more naturally to the human heart than its opposite.” – Nelson Mandela

40. “I detest racialism because I regard it as a barbaric thing, whether it comes from a black man or a white man.” – Nelson Mandela

41. “I detest racialism because I regard it as a barbaric thing, whether it comes from a black man or a white man.” – Nelson Mandela

We all know Nelson Mandela for the huge change he inspired and worked for in South Africa.

We know that we spent .. in prison and when he was release he surprised the world by treating his tormentors with forgiveness.

He is remembered due to this saintly act which led to a better South Africa.

His words below tell us about what inspired this selfless act.

42.  “We must strive to be moved by a generosity of spirit that will enable us to outgrow the hatred and conflicts of the past.” – Nelson Mandela

43. “When a deep injury is done to us, we never heal until we forgive.” – Nelson Mandela 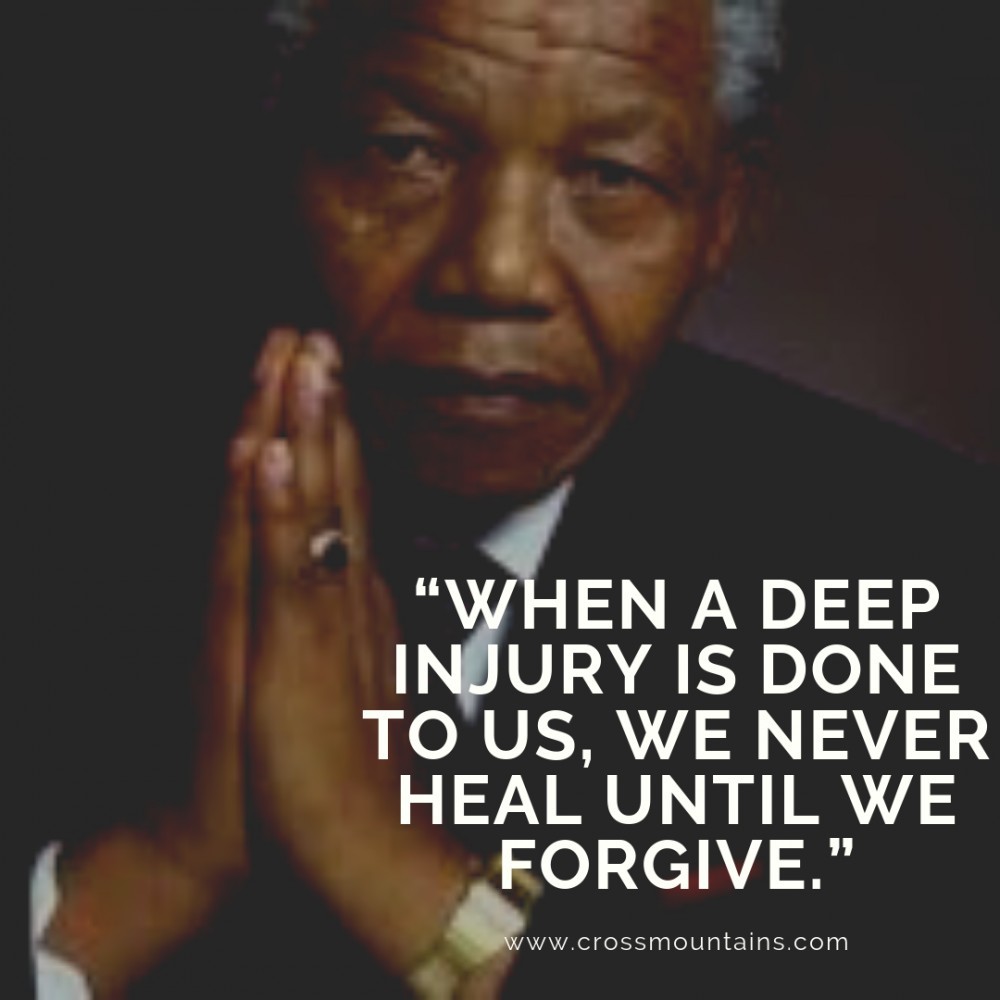 44. “Resentment is like drinking poison and then hoping it will kill your enemies.” – Nelson Mandela 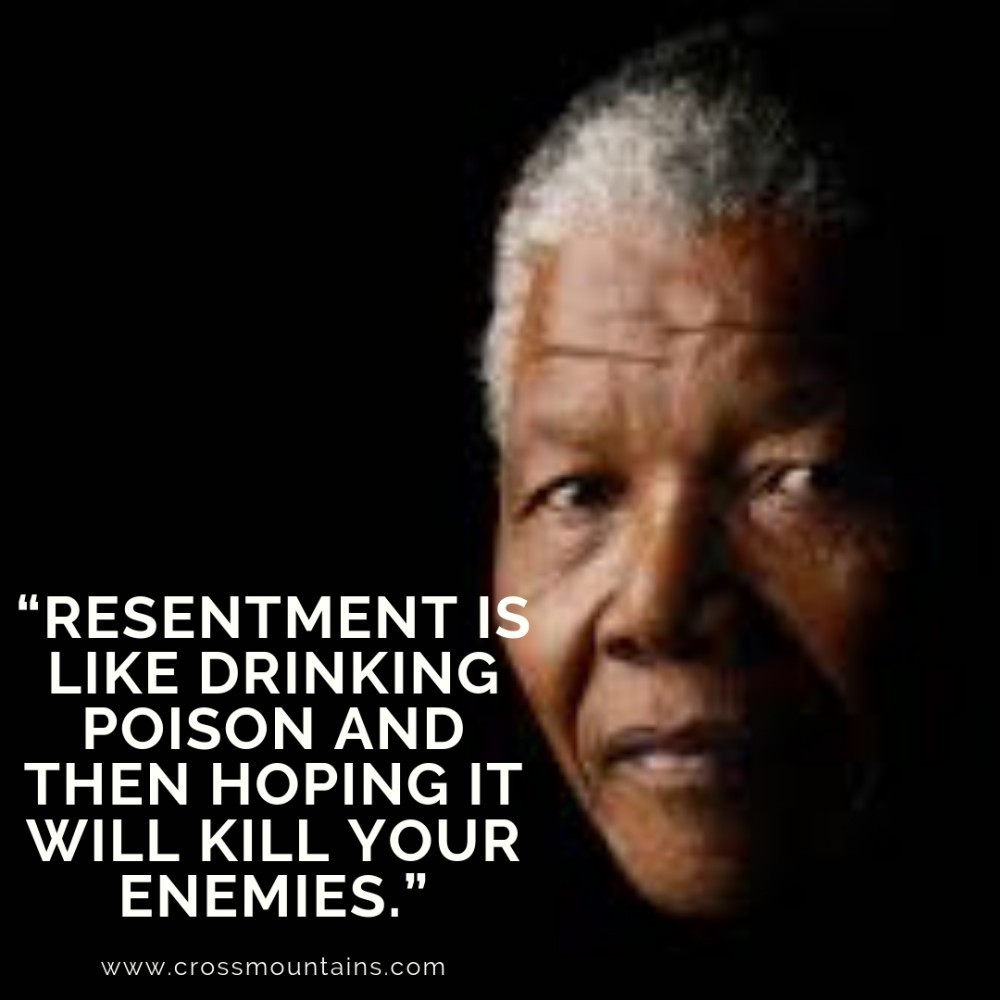 47. “I knew as well as I knew anything that the oppressor must be liberated just as surely as the oppressed.” – Nelson Mandela

48. “Money won’t create success. The freedom to make it will.” – Nelson Mandela

49. “Since we have achieved our freedom, there can only be one division amongst us: between those who cherish democracy and those who do not” – Nelson Mandela

50. “We do not want freedom without bread, nor do we want bread without freedom.” – Nelson Mandela

52. “Every community in our country has a fundamental right to be free from fear.” – Nelson Mandela

20 Motivating And Enlightening Quotes For Discipline

50 Most Inspirational Songs To keep Your spirit uplifted, Even On Down Day