The Mogul From The Marcy Projects 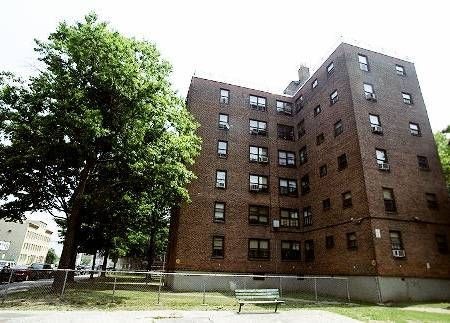 Jay Z is a mogul with no plans of stopping anytime soon.

He is determined to keep putting in the work needed in his diverse streams of income which earn him a net worth of $1billion.

Jay-Z’s story is one that motivates us to aspire for greater, as his journey tells us of its possibility.

In 2010, Jay Z told NPR, “The burden of poverty isn’t just that you don’t always have the things you need, It’s the feeling of being embarrassed every day of your life, and you’ll do anything to lift that burden.”

He was ready to do everything to lift that burden, he began selling drugs at 16, went on to create his own record label in 1995, bought and invested in sports teams, beverage companies, apps and so much more.

His numerous successful endeavours over his 31 years career, made him one of the wealthiest musicians and a great source of life lessons for a prosperous you. 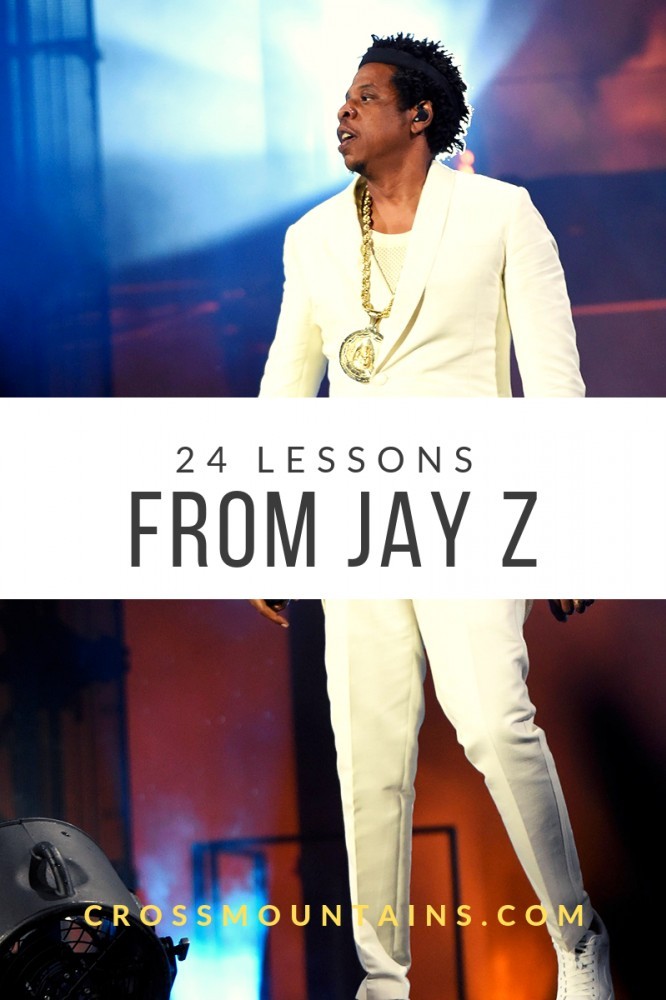 During an interview, Jay Z talks about the gratitude he feels every day when he thinks of how far he has come.

When he looks at how healthy his family is and how financially sufficient he is, he feels a huge gratitude.

His feeling of abundance attracts more of the things which yield this feeling.

One of my favorite moments in hip-hop history, was in October of 2005, when Jay Z shock hands with Naz on stage of the Jay-Z’s, “I Declare war”, tour with JAY-Z, declaring, “All that beef sh–is done, we had our fun, let’s get this money.”

Despite the years of publicly disrespecting each other with numerous diss tracks, Jay Z decided to put all this behind him and signed Nas with Def Jam headed by Jay Z at the time.

The end of this beef was also a symbolic way of putting an end to the East Coast, West Coast rivalry, which took the lives of two truly talented individuals; Tupac and Biggy.

3. Create Your Own Doors

Jay Z couldn’t find a record label willing to give him a record deal so he sold CDs out of his car.

In 1995, he partnered with Damon, “Dame” ,Dash and Kareem, “Biggs”, Burke, to create their own record label Roc-A- Fella.

Their outstanding releases later drew the attention of major record labels like Def Jam, which signed Jay z in 1997.

4. Learn From Your Mistakes

On April 23 2016, Jay-Z’s wife, Beyonce released the lemonade album,  which came public about her husband’s infidelity.

Jay Z soon after released the 4:44 album in which he admitted his mistakes.

-His unfair treatment of his friend

Watching Jay-Z’s career progress from 1988 to the present date, we clearly see a drastic an improvement in his character and the message he chooses to spread.

Looking back at the way he acted at a now-defunct night club in Times Square when he got into a deadly confrontation with  record executive, Lance “Un” Rivera  who he believed was behind the bootlegging of Vol. 3…, Jay Z writes in his book published 2010

“There was no reason to put my life on the line, and the lives of everyone who depends on me, because of a momentary loss of control….. I vowed to never allow myself to be in a situation like that again.”

During a recent interview with David Letterman, Jay Z refused to respond to a question that required him to throw shade to his fellow MCs.

When asked how he felt about Kanye West’s calling outback in 2016, Jay Z responded by saying they are brothers and will always be.

Jay-Z’s actions come from him knowing that, burning bridges is for bad business

Jay Z found and married a partner who understood his world and motivated him to stay at the top.

Partnering up with Damon Dash, who at the time had similar goals  back in 1995 to create Roc- A Fella was a great move.

Many of Jay-Z’s business venture which made him the first billionaire in the music industry, involved partners who account for a great part of his success.

Jay Z began his music career with the Roc-A-Fella record label and when he saw a chance for growth with the Def Jam record label, he made the switch.

While in the Def Jam record label, Jay Z grew from just a signed artist to the president of the company.

Sometimes, the wrong words and delivery could lead to unhealable wounds.

We need to be cautious about the feelings of others.

We need to be able to put ourselves in their shoes before we take action which might greatly affect the outcome of our relationships.

Jay Z learned this lesson from his relationship with his dad.

9. Your Environment Has A Huge Impact on Your future Goals

He grew up in harsh conditions in the Marcy Project with parents, who frequently played timeless music.

10. Let Your Journey Be Inspirational

The drive, the unwillingness to quit, the desire to be the best and rise from humble beginnings, are all things we see in Jay-z’s story.

Jay Z had lived a life which inspired kids from similar beginnings to work for something much better because of him, they know it is possible.

Jay Z fell in love with words and music.

He did music even when that was not his source of income.

He continued doing music even when he was already making 2000 dollars a day dealing with drugs.

This love for his craft has led him to produce 13 albums over 30 years which has earned him 22 Grammy awards.

Jay Z plans to keep doing music as long as he has a story to tell.

Some may disagree but, Jay Z believes blacks using the “N” word is a good thing.

He says re-defining a word which was used as a tool of oppression is a great way to take back your power.

13. It Is Okay To Disagree Sometimes

You don’t get as big as Jay Z without having some disagreements along the way, some, very publicly.

We need to be okay with disagreeing with people but, this doesn’t always mean we break the bridge.

We need to be willing to disagree with people and not look at our opponents as bad people.

Most time, after these disagreements, we have a stronger relationship based on an honest and transparent foundation.

Shoot for the moon, even if you miss, you will land among the stars, like Jay Z.

Looking at Jay-Z’s 31 years Career, it has been one power move to the next.

He doesn’t just end as part of a company, he aims to lead it.

He doesn’t just limit himself to the music industry but, extends his business dealings to a variety of profitble industries.

Jay Z’s ambitions took a kid from the projects to a $135 million mansion in Bel Air.

JayZ’s gold is to make music that last forever.

His aim is to create songs thatwill still spark emotions in people for many years to come.

He is not all about following the trends to create songs that are loved due to the present hype.

It is not about a single hit but it is about multiple hits.

It is not about getting to the top, it is about lasting at the top.

“You walkin’ around like you invincible
You dropped outta school, you lost your principles
I  know people backstab you, I felt bad too
But this ‘fuck everybody’ attitude ain’t natural
But you ain’t a Saint, this ain’t KumbaYe
But you got hurt because you did cool by ‘Ye
You gave him 20 million without blinkin’
He gave you 20 minutes on stage, fuck was he thinkin’?
“Fuck wrong with everybody?” is what you sayin’
But if everybody’s crazy, you’re the one that’s insane”

The above lyrics are from the “Kill Jay Z” track, which talks about killing our ego, killing the you who thinks you are always on the right.

Jay Z’s lyrics are saturated with some of the wisdom he has gathered through his many life experiences.

Jay Z’s goal is perfection with every song, with some songs perfection takes hours with others it takes days.

He is ready to put in the hours necessary to get there.

19. Find What Makes You Good

We all have that thing which makes us stand out, that things many people are amazed by.

For Jay Z it is his words, his songs are usually saturated with lyrics which lead to reflection sparked emotions.

Jay Z is aware of this and endeavors to keep living up to this expectation.

People relate to your story.

Without knowing your story, people turn to judge you for just your present.

They fail to remember before you got there, you went through circumstances similar to theirs.

Jay-Z’s mother had four kids by the age of 20, he had a very hard childhood, his dad had a drug problem and eventually left them when he was 10 years old.

At sixteen, Jay Z began selling drugs to pay bills and was later saved from going to prison or ending up dead by his decision to pursue his love for music.

Jay-Z’s believes were are all fundamentally the same.

We all have friends and family we love and care about.

We all  desire a successful life.

We need to approach and relate with people with this mindset.

On the 17th of November 2017, an article written by Jay Z was published in the New York Times.

In this article, he spoke about the,” Injustice”, of the injustice in the American Criminal Justice system.

This article was prompted by the unfair treatment of his fellow rapper Meekmill.

Jay Z partnered with Weinstein company to produce a documentary based on the life of Kalief Browder, who was imprisoned for three years and committed suicide after his release due to the mental issues he developed as a result of the terrible conditions of his imprisonment.

Back in 2003, Jay Z partnered with his mum to start the Shawn carter foundation in which, they provide financial assistance to qualified students held back from attending college by financial hardship.

After meeting with former UN secretary-general, on the 9th of August 2006, Jay Z decided to use his upcoming tour to raise awareness to and combat global water shortage.

He has also been known to make contributions anonymously for he believes  “the greatest form of giving is anonymous to anonymous”.

Record labels refusing to give him a deal didn’t stop Jay Z from pursuing and excelling in his music career.

Jay Z went to therapy and was ready to put in the work to fight for his marriage when his mistake almost caused him something he cherished and didn’t want to give up on.

26 Billionaire Habits To help You Level Up