How many times do you think you can get back up,

Don’t you see the nine times you have fallen down,

As a sign that your kind is only meant to scramble for the dimes,

That are left lying few steps from where you dine,

Why do you keep saying ” success is mine” when we all know,

How many times you received in bold caps the words screaming “ denied”.

I see you keep track of the lack that I face,

And you take that as a fact that my case,

Will most def be a fail with no hope to prevail.

Well let me tell you a tail of a guy who for long I followed his trail,

Watching him rise from the trials to be the one we call king of the game,

So we read books that use his name,

So we could know the sure way that guides us to lasting fame, Jay Z

Or the man who never let the Nos and doubts,

Reshape his drive to attain the goals he designed,

A man whose drive to dive deep into a world flooding with challenges and pessimists,

A world whose only feast is due to the gist of being the least with a problem,

Many have found a way to take off their list.

His promising drive inspired the 44th president of the united states to label him, a patient optimist, Bill Gates.

For lack of time, I will conclude with a girl who went years without a clue,

Clueless of the world beyond her pain,

She boarded the train,

Which traveled away from gain,

Until the day her mind was released from the Confined  route to decline,

That day though many thought drove her insane,

She says it sticks out as the time which spurred her down,

A path were she climbed to the best,

In a world which once was only a dream,

Which she jotted and burried to ensure growth in her mind to aid her stay in line, Dr Tererai Trent. 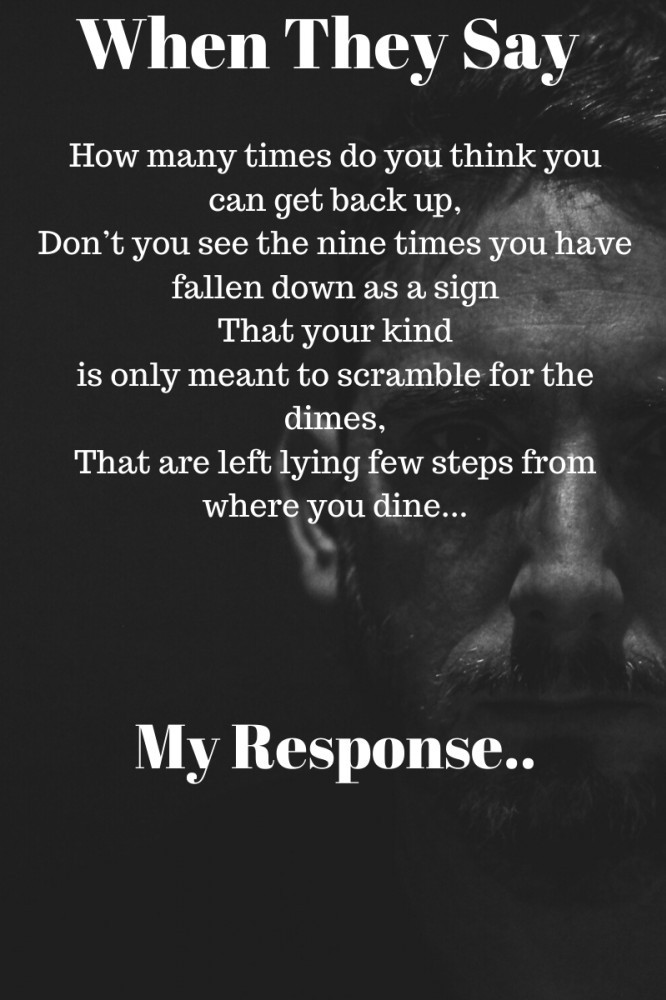 What does loving mean to you ?