The Awesomeness Of Podcasts 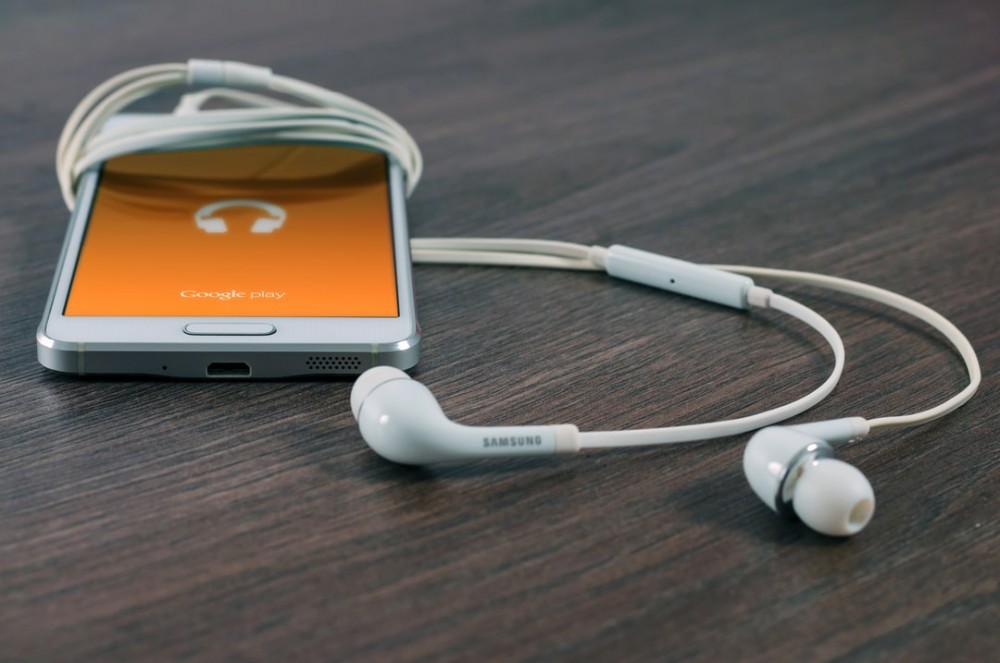 Podcasts are one of the best ways to get the honest, unfiltered behind the scenes of your favorite celebrities.

This is the way to go to know what it takes to get to the top.

When listening to podcasts you get to hear about the ups, the downs and the guides to overcoming the challenges on the way to success.

After listening to the Liza Koshy Episode of the “On Purpose Podcast”, with Jay Shetty, I was inspired to list some of the inspiring lessons from Formal Vine star, Youtuber and actress, Liza Koshy.

As I mentioned above, she is an actress, television host, youtuber and comedian.

She began her career back in 2013 when she uploaded videos on vine.

Her combined youtube channels have more than 2.5 billion views.

Koshy has starred in several movies like “Boo! A Madea Halloween”, “Escape the Night and Freakish”.

Since 2018 she has starred in the youtube premium comedy series Liza on demand.

She is also the host of the Nickelodeon game show revival double dare.

She is the receiver of four streamy awards;  for the teen choice awards, and a kid choice award.

She is a member of the 2019 Forbes 30 Under 30 Hollywood & Entertainment list and the Time 2019 list of the 25 Most Influential People on the Internet.

Okay, now that you are all caught up with the outstanding accomplishments of Liza Koshy, which I hope puts you in the state of mind to recieve some lessons from a girl who didn’t let people’s expectations be her limitations, let”s dive into some tips from Koshy’s journey which are sure to attract success.

One thing we can all agree on is how humble Liza Koshy is.

We see this in the way she interacts with people and we hear this about her from those close to her.

We might have all heard of the stories of celebrities whom people hate working with due to their diva-like attitude.

This hard to bear characteristics definitely leads to the loss of certain opportunities.

Being humble enough to accept direction and correction from the people you work with despite their popularity or financial status is definitely a good way to better your skills.

It takes confidence to step out of your comfort zone, and go for your dreams.

It takes confidence to take action despite how nervous you might feel.

It takes confidence to be yourselves.

All of the above are tips that Koshy practices and can be credited for her success.

Liza Koshy talks about having to spend several hours and days, filming and editing to produce a 4 minutes video.

She talks about doing it all for her youtube channel, scriptwriting, filming, and editing.

She had to do all these on her own for a long period of time and putting in the hard work, led to other bigger and better opportunities.

Liza Koshy also shares a tip on how to have productive meetings and bringing out the best in people.

This is not achieved by being defensive or authoritative. This could be achieved by disarming.

Letting people feel comfortable in their own skin, sets them free to be their best.

This can be done by complimenting people, humoring and so much more.

You want to derive positive vibes from the platform in which you spend the majority of your time.

So, it is very important for you to follow Liza Koshy’s footsteps and crowd your feed with what motivates you.

Koshy talks about surrounding herself with people who inspire her to do better, people who fill her environment with positive vibes.

On “Jay Shetty’s podcast”. she talks about some positive life-changing habits she has been able to keep, due to the fact that her two roommates, who are also her co-stars in Liza On-Demand ( Kimiko Glenn and Travis Coles ) are willing to keep same habits.

We all know the saying,” We are an average of the 5 people we surround ourselves with”. So, choose wisely.

7. Allow Yourself To Breathe

Liza Koshy took a break from social media, when she realized how much her self-worth became dependent, on the approval or disapproval of her viewer.

She talks about spending hours, going through comments on her videos and hours obsessing with whatever they were saying about her online.

Due to this mental health decline, Koshy decided to take a break.

She talks about spending her break working on herself by going to therapies which encouraged her to filtered out the bad.

She credits her present sanity and awesome state of mind to the internal work she puts in and her decision to take a break.

Healthy And Effective Ways To Recharge

Liza Koshy’s story is one of going against the norms.

She didn’t let disapproval from others stop her.

Koshy briefly talks about her start, how her dad disapproved of her activities online but later on, he welcomed the idea of his daughter making videos online when he saw the impact and success she was already attaining.

He got to see this success because she secretly puts in the work needed.

One of my first ever youtube videos was me talking about my dual personalities, so you can imagine how happy I felt when I realized I was not the only one with this and in fact, it was a good thing.

Liza Koshy also talks about the importance of not feeling like you need to, “box” yourself, into just one personality because different places and occasions require a different you.

The you on a night out with friends should be different from you in a meeting the following day and this is okay.

What I really find captivating about Koshy is her ability to portray several characters in the most hilarious ways.

During her interview with Jay Shetty, she mentions these characters, all being different versions of herself. Some which she brought to her day to day and others, she longed to have more of.

10.  Be Who you Are Behind The Curtain, Infront Of It

One of the most captivating things about Liza is the freedom with which she expresses herself.

She, unlike many of us, show the world a side of herself which many choose to bring out only behind closed doors.

This is one of the main reasons for Liza’s success in several social media platforms.

People tern to relate to her and fall in love with her because of her bold and jovial character.

11. Try To Understand What Is Inside

During her interview  on the,” One Purpose Podcast” with Jay Shetty, Liza talks a lot about taking the time to meditate and reflect on what is going on in your life.

Taking that time to slow down and get your intentions and actions on the same page.

She talks about the life-changing need to understand ourselves.

Why are we doing what we do, why do we like the company of certain individuals? We need to really get to take that time to get to understand ourselves.

Don’t let your self-worth be graded by what people say about you. Neither the positive nor the negative.

If our happiness is conditioned on the number of likes we get, then when we get more hates than likes or sometimes just a single hate comment has the power to ruin our day.

Liza again, talks about the need to be detached from the praises and hates in order to stay sane in an online career.

13. You Are Always Learning

Liza shares her experience with her most recent venture which is acting  in Liza on-demand and directing an episode.

She talks about adapting to letting go of part of the creative power to people very good at their jobs.

She also talks about one of the benefits of having a  bigger and an experienced team, which, creates the opportunity to learn new things daily.

During interviews, Liza talks about some of the benefits she has been opportune to have.

She talks about her recent trip to Italy with her parents. She expresses the joy she feels for having the ability to spoil her parents.

She talks about always trying to remember the awesome privilege she has been given and tries not to take it for granted.

15. When You Are Low Remember the Highs

Liza talks about recording herself when she is feeling good and confident,she listens to this recording when she is low to remember the good times.

When you remember that before the downtimes you had good times and before the good times, there were downtimes, this reminds you that things change, so, this too shall pass.

16.Wear What Uplifts You

Liza Koshy talks about wearing outfits which uplifts her spirits.

She mentions wearing bright colors that are uplifting to look at.

Personally I have noticed the outfits I wear have a way of influencing the way I act and my spontaneity to carry out certain tasks.

Wear what you feel comfortable in. Dress according to the occasion and throw on more bright colors to brighten your day.

Liza talks about the value she has found in letting out her emotions.

She talks about the many videos and audios she has created, with the sole purpose of expressing her thoughts and emotions at various points in time.

She says she sometimes goes back to listen to these audios and videos to see how far she has come, to motivate herself to keep going and feel compassion for herself.

Audio journaling is definitely the way to go for you who hates writing.

Liza Koshy also talks about something we can all agree on, which is how harshly we treat ourselves sometimes.

We are our worst critics and it is very detrimental to our self-confidence and willingness to act out of our comfort zone.

It is very important to show ourselves compassion and understanding.

We need to be willing to grant second chances to ourselves to do better.

Liza talks about the benefits of being in the present.

For me, every time I look at the past with some nostalgia, I am reminded of the importance of enjoying the present for some days. This might be the past I will be looking back at.

Liza Koshy knows where she is coming from and has principles she works hard to keep.

She has values she wants to inspire in her fans.

Have you noticed Liza never swears in any of her videos?

Have you noticed how modestly Liza talks about herself?

Did you notice that Liza keeps and makes friendships and relationships not based on the number of followers or popularity of people but on their personalities?

During her “Jay Shetty”, interview she also talks about her close relationship with her sisters and the lessons she learned from them.

21. Don’t Hold Yourself Back

Sometimes we need to take some time to look within and we will see that the real thing holding us back is ourselves.

You are the one making choices and taking actions that are less productive.

Liza talks about how going to therapy and taking a break helped her reflect on her choices and actions.

This time to reflects lead her to a more stable mental state which led to a happier her.