Get To Know Amanda Cerny 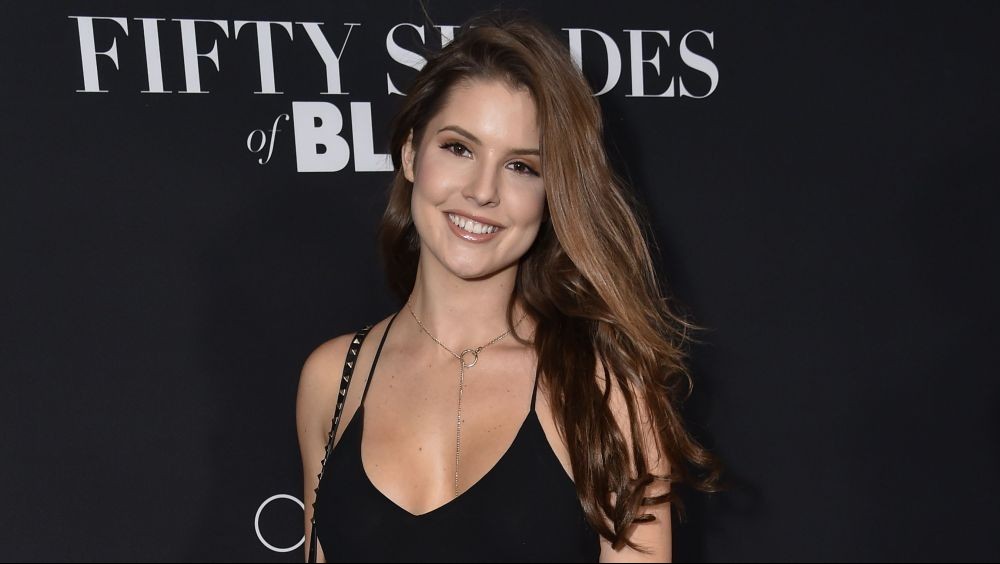 She has worked with  Millennial Films, lakeshore, Paramount, Universal, Comedy Central and NBC, and has also written, directed and performed in more than 3,000 comedy skits.

She has one of the most viewed instagram stories and snapchat videos. 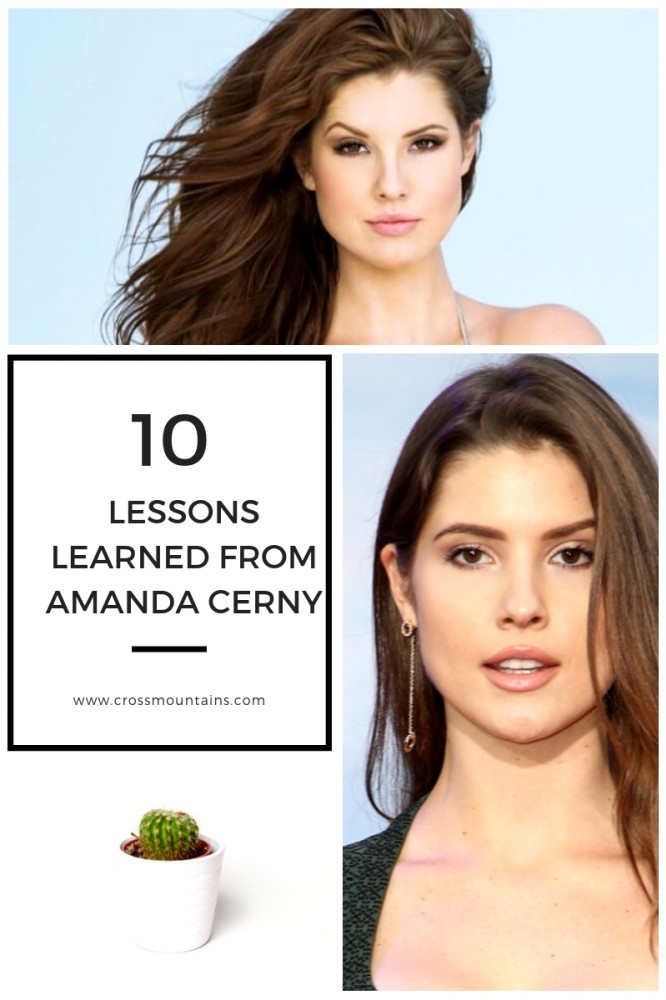 Amanda Cerny has taken some steps which many might not approve of or not want to associate with but she never tries to hide this part of her life from anyone.

She shares her story which tells us to be who you are and don’t let the world box you, feel free to be people several versions of you.

2. Plan To Be Consistent

Prior to launching her podcast, O Honey, Amanda pre-recorded episodes for a year.

When asked why she did this she said she has so many things going and she wanted to be able to always have content available to upload even when she was too busy to record.

This is great way to stay consistent and it a method used by many successful people.

Amanda Cerny credits her success to always working hard to make money to get what she wants.

She talks about taking the step to do what needs to be done to get where she wants.

To build up her acting portfolio, she began creating content on vine, where she came up with ideas, filmed and edited them.

To maintain her incredible physique she spends hours every day working out.

When Amanda Cerny moved to LA things go as planned.

She didn’t get the movie roles she wanted, she had to find another way to succeed.

She had to find a way to rebrand herself to get more serious roles.

Though it wasn’t seen as the way to go at the time, Amanda took the social media path and this gave her the opportunity to show the world her talent and diverse abilities.

Amanda tells us to collaborate all day, this is a great way to grow.

I initially got introduced to Amanda due to her collaborations with Logan Paul.

Then I got to see her work with Lele Pons, King Bach and so many other social media influencers which went a long way to broaden her brand.

She says who must not be friends or trust them but you can still collaborate with them.

She recently partnered with Sommer Ray to create the O Honey podcast and their diverse personalities and experiences are one of the many things I love about this inspirational podcast.

6. Don’t Put Your Eggs In One Basket

Amanda Cerny prides herself on her ability to spread her talents throughout several social media platforms.

One thing we can all be sure of is change, algorithm change, people’s likes and attention are fleeting.

Amanda saw it wise to diversify her content and platform.

She has close to 3 million subscribers on Youtube and recently began a podcast available on iTunes, podbean, Spotify, etc.

Amanda has a picture of what she wants to become and over time that changes but each time she works on a strategy to get where she wants.

Some of the goals she has might seem impossible or far fetched but this doesn’t stop her from following her dream.

She followed her dream to LA and when the traditional media didn’t give her room to shien she found another way to make her dreams a reality.

8. You Learn And Grow From All You Go Through

During her recent interview with Lewis Howes, Amanda takes us through various moments in her life, experience which served as a learning lesson.

She doesn’t let her past define her but she lets it guide her.

She lets the mistakes of the past lead her to wiser choices.

10. Push Through The Obstacles

Amanda talks about some obstacles she faced after moving to LA.

Her journey to the top reminds us that no success comes easy, no success story is without ups and downs.

The roadblocks don’t indicate a stop sign but a sign to go around, or slow down and restrategize.

11. Don’t Stick To the Traditional

As I mentioned above the traditional didn’t work for Amanda so she took the untraditional road.

Sometimes we realize the tradition road, or the popular road is not for us but we fear to take that bold step to the untested, risky grounds.

Amanda Cerny is a proof that when they don’t open the door create your own door.

12. You get Bored When You Don’t Love What You Do

After working with Playboy, Amanda was boxed and the options given to her were limited to pretty girl roles with little personality.

She had two options to either accept these roles or find another way out.

She found another way, sure the hard way but the more beneficial way.

14. A Moment In Your Life Doesn’t Define Who You Are

Amanda talks about times when she didn’t make the best choices or choices which yield the fruits she wanted but she didn’t let that define her whole story.

After Amanda appeared in playboy October 2011, she thought this will open doors to movie roles which will lead to a successful acting career but this was not the case.

She got movie roles but for stripper roles and this wasn’t what she wanted but she didn’t let this become the end of her story.

She rebranded herself with social media to get her the roles she preferred.

15. It Gets Better With Time

On moving to Los Angelos everything didn’t go as planned.

Success was not spontaneous for Amanda Cerny.

Amanda confirms it gets better with time as the was a period when she was denied movie roles and brand deals.

She is presently a UN brand ambassador and has gotten several movie roles.

Show the world the you, you will like to be known for.

What do you want your name to be associated with?

How do you want to be remembered?

This is the questions that should guide you as you create your brand.

Amanda Cerny has done a good job at branding herself as the really pretty girl who brings lots more than look to the table.

I will admit, I never thought I will be learning this lesson from someone with over 35 million followers across all social media platforms.

Amanda Cerny has fought her whole career to avoid being placed in the box of “Just pretty white girls”.

In order to do this, she introduced her audience to content which they didn’t expect or want from her.

despite the unpopularity of such content from the beginning this never made her stop.

I remember reading a comment under one of her first videos on the O honey Youtube channel which said: ” Don’t Amanda and Sommer had millions of subscribers on Instagram, why does this podcast not have many views”.

Fast forward to some months later, the views and subscribers lots more than they were from the start.

During her interview with Lewis Howes, Amanda Cerny talks about an encounter with a certain celebrity at a party when she just moved to LA.

She talks about how terrible he treated her and this made her see a side of fame she never wanted to be linked to.

Amanda Cerny Invested in the stock market when she was 15 years old.

The money she made from this investment helped her pay for college.

She takes the bold and risky step to put her money into things which might or might not be successful, things she believes  but no matter the outcome the experience gathered is always essential for future ventures.

21. Be Passionate About What You Do

Amanda tells us one of the secrets to her sustainable consistency and hard work is that she is passionate about what she does.

Being passionate about what you do motivates you to overcome the obstacles on the way to success.

Some years back some of us might remember the time social media was buzzing with updates on the conflict between Amanda Cerny and Lele Pons.

Amanda and Lele regularly posted together and they made us aware of their best friends’ status so you can imagine our surprise when Lele Pons accused Amanda of deleting some of her  videos which prompted Amanda to release a video in which she explained the source of the rumors.

It seemed Lele Pons had been secretly  deleting her video while pretentiously sympathizing with Amanda who believed it was Youtube and Instagram taking down her videos she had worked hard to create and upload.

In this video, Amanda said she was heartbroken because she actually believed Lele was her friend and she trusted her and never expected this betrayal but also this was a learning experience for her.

Amanda has soon after cautioned about the untrustworthy personality of many people in the entertainment industry, people who don’t really have your best interest at heart ut are there to take advantage of others.

When asked by Lewis Howes about her last words of advice incase this was her last day, she said ” Be Kind ”

Amanda shows this kindness with her numerous charity endeavors in Haiti and Puerto Rico.

She shows this kindness by collaborating with people with a lower amount of following.

She shows this kindness from the way she interacts with people.

Amanda Cerny also cautions us to always question everything.

Don’t just willingly accept everything without making some inquiries or taking a closer look.

With time we get to see that things are not always what they seem at first glance.