From Fresh Prince To Lots More 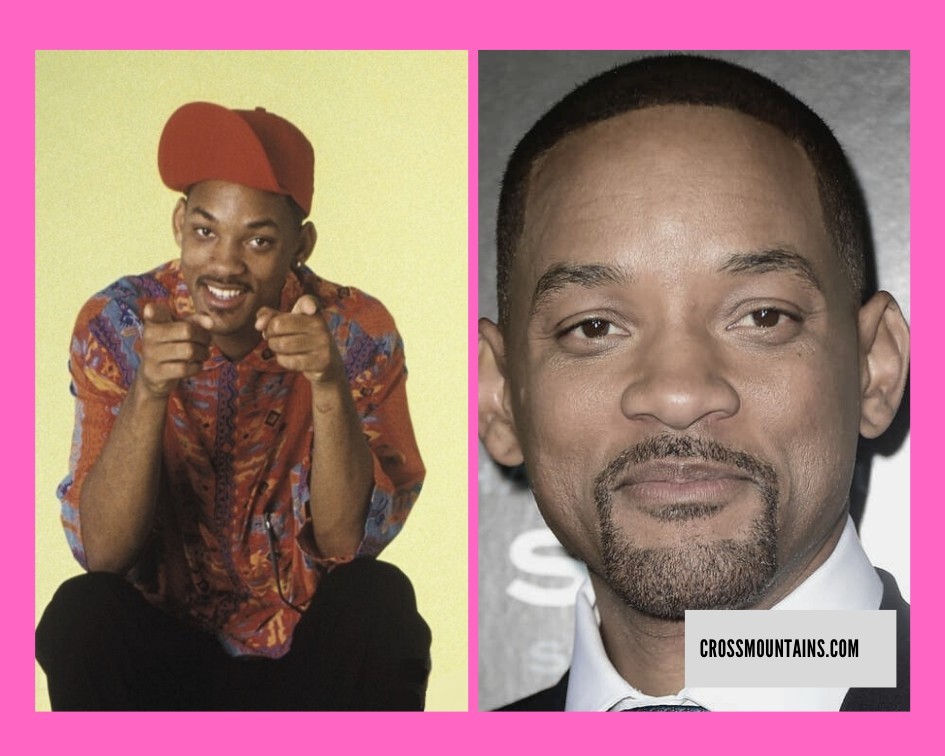 Going through Will Smith’s Instagram feed, you get to see several sides of him, versions of him which till recent, were unknown.

His Youtube feed gives a first-hand view and account  of what it takes to get to Will Smith’s level of successful.

He tells us about the present and past experiences, decisions, and lessons learned which he accounts for making him the happiest he had ever been.

This joy comes from;

Lessons learned From Will Smith 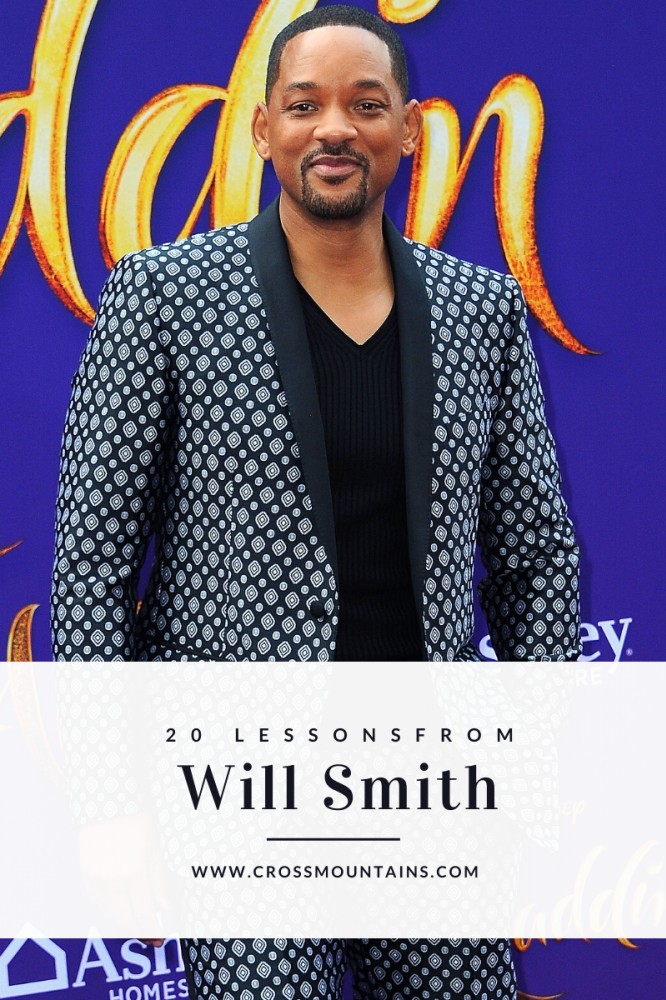 In a recent interview on the daily show with Trevor Noah, Will Smith spoke about one major difference between what it took to be a movie star in those days and what it takes now.

He said in those days to get movie roles, one needed to limit what the public knew and heard about them, one’s life out of the movies had to stay anonymous but, with the coming of social media, people want to watch movies of people they see and hear about often, your fans need to see you as a friend.

Unlike many old school celebrities, Will Smith has fully expressed the social media world and all the opportunities that come with it.

Will Smith considers himself as slightly above average in talent.

He believes he excels today due to his ridiculous, seeking work ethic.

Will Smith’s sense of humor, makes him capable of finding a reason to laugh even at the downtimes in his life.

Like when he told the story of his ex-wife asking for a divorce on Valentine’s day or the time when his daughter abruptly cut her hair to revolt against her father for forcing her to see through a project she wasn’t willing to.

Will smith’s ability to create a reason for laughter goes a long way to make his vlogs and Instagram videos very entertaining.

4. Don’t Take Yourself Too Seriously.

When you go through Will smith’s social media feed, there is one impression you are sure to have about him which is, ‘ This guy doesn’t take himself seriously’.

From twerking to face altering videos, Will Smith doesn’t let being afraid of looking foolish limit the fun he has on social media.

This gives him the freedom to keep creating content which makes us laugh and keeps us coming back for more.

The first thing you notice when you see Will Smith isn’t his big ears but he isn’t scared to bring that to your attention.

Bringing up his huge ears doesn’t throw him off his game, he has accepted this and doesn’t make him feel less than, or reduce his confidence.

6. Work For A Better You

Will Smith talks about constantly working for a better version of himself.

On one of the most popular episodes of the red table talk, Will and his wife Jada Pinkett spoke about the challenges they have gone through in their years of marriage.

Lots of these challenges were caused by Will Smith trying to maintain an untrue image of his family.

This caused him to act a certain way just to satisfy his public image.

Christmas period is family time for the Smiths, no work, just family hanging out together.

We also see Will Smith and Jada present to support their kid’s various endeavors.

They are there for concerts, charity projects, and so much more.

During a recent episode of the red table talk, Will Smith told us about the regular family meetings they have, meetings in which they establish a safe space.

Space to talk about anything and not get in trouble for it, this helps build a stronger family bond.

In other to be better, we need to know better.

In order to get better, Will Smith had had to step into different shoes at various stages of his career.

He was initially introduced into the world as a rapper which earned him an award, then, he landed acting roles, and with the popularity and importance of social media, he is now highly engaged in growing his social media audience.

He featured in a Lilly Singh video titled, ” Internet 101″ , in which she schooled on online ways.

Though this video was mostly aimed at creating humor, Will Smith has done a good job getting in touch and collaborating with other social media influencers, which helped him grow his audience and better his content.

Will Smith is a clear example of this.

His fun-loving and risk-taking personality is proof of this.

He began his fifties by bungee jumping over the Grand Canyon.

He has fun, collaborates and learns from people in their twenties.

In fact, with his most recent movie Gemini man, we got introduced to technology which creates a 20 looking virtual version of people, so, getting old doesn’t stop you from acting roles as your younger self.

Will Smith has spoken about getting to a stage in his life when he decided to do all that he ever feared doing.

This was the inspiration behind his show on Facebook Watch, ” the bucketlist”

In each episode of this show, Will takes up various things which he used to fear trying, he did this to conquer all his fears.

He tried sky diving, Bollywood dancing, stand up comedy and so more in order to accomplish his goal of living fearlessly.

During a recent interview, Will Smith talked about his past mistake of imprisoning himself in a Will Smith bubble.

This prevented him from taking up certain projects he was really interested in doing.

He credited his present happiness to his decision to do what he wants to do and not caring about what people thought about him.

For the first time in his life, he is being his genuine self both in front and behind the camera.

Will Smith says when he looks back at his career from the time he started acting till now, he sees the tremendous growth in his acting skills.

Time and hard work are two things Will Smith credits for his success as an actor.

His experiences over the years both professionally and personally have gotten better with time.

After being married for  years, Jada Pinkett says , Will and her are just getting to the point when their marriage works really well for both of them.

When Will Smith was asked what some lessons are that he will pass down to his children, lessons he got from the mistakes he made along the way.

He responded that,the best mistakes are the ones we make ourselves.

He believes it is best to leave people take their own path make their own mistakes and learn their own lessons which will mold their character as they go.

14. Don’t Force Your Journey On Others.

One of Will smith’s secret to parenting is, letting his children chose their own path and trusting that God who guided him to his present height of success will do same for them.

He has also spoken about making the same mistake his mum made in the past, that is forcing his kids to take a path which worked for him and he believed will work for them.

This led to lots of friction in his family,which caused him to re-strategize on better ways to guide his kids to success.

Now he plays more of a supporting role in whatever his kids decide will lead to their happiest and most fullfiled lives.

“If you stay ready you aint godda get ready”

This is Will Smith’s motto which keeps him always working, training  even when he has nothing to get ready for .

Before marrying Jada Pinkett, Will Smith was first married to  who he never intended to leave.

Infact when she asked for a divorce he refused but later ,ascepted when she confessed she didn’t love him anymore.

He later married Jada Pinkett Smith and he intended to make it last which he did despite the numerous challenges they faced along the way.

In an industry where marriages break every day, it is really amazing to see a power couple who have made it work despite the ups and downs.

Not giving up could also be credited for Will Smith’s professional success.

17. Find And Keep Your Motivation Close.

From a very young age, Will Smith knew his detremination to  succeed was tied to a woman.

So when he found the right woman he kept her close.

Then they had kids which motivated him to work even harder.

When Will Smith graduated from college, he had a decision to make, either to go and study engineering in college like his mother wanted or follow his dream to become a rapper.

He chose the latter which at the time disappointed his mum but now she is proud of the decision he made due to the success he has attained.

Will smith has also spoken about being able to determine within few minutes of meeting someone if they will have an exponential relationship or not.

When he has that instincts of the potential of a timeless relationship he makes the move to create the bonds which has led to three very important relationships in his life , that is, his relationship with Alfonso, Dj Jaaxy Jeff, and his wife jada Pinkett.

19. Be Preventive, Rather Than Reactive With Your Health

Will Smith has been on high blood meds for a long time to prevent having the disease like his father.

Of recent, he called an emergency family meeting to talk about healthy eating habits to prevent diseases caused by this along the way.

During his emergency family meeting, Will Smith invited a nutritionist to help his family develop healthier eating habits.

When he was facing trouble in his marriage, Jada and him>> s>> the help of a marriage counselor who gave them tips for a happier marriage.

Beginning his social media career, he also>> s>> help from those who had been in the game and had been excelling for years.