Why Trevor Noah Stands Out 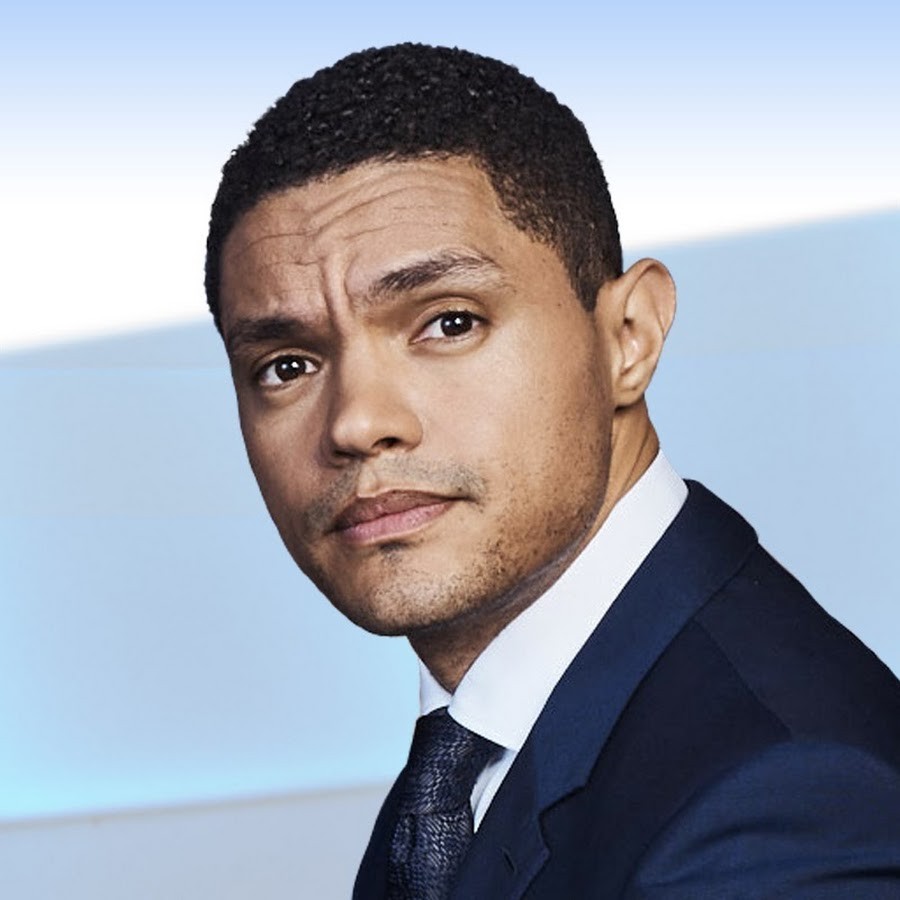 Before Trevor Noah was the host of the Emmy Winning Show, The Daily Show, he was a successful comedian.

I remember watching an rewatching his comedy special ” Daywalker”, and, “Laughing like it was the first time”, each time I watched it, I was introduced to the daily show, when I heard Trevor Noah was taking over from Jon Stewart as the host.

From his comedy specials, I had a glimpse of his story and his book “Born A Crime “, gave me a clearer picture.

His story is one that inspires us to walk through life, with a sense of humor and guided by our experiences.

He reminds us that, it doesn’t matter how low you begin but, how you use the push backs as a boost to keep striving for greater heights. 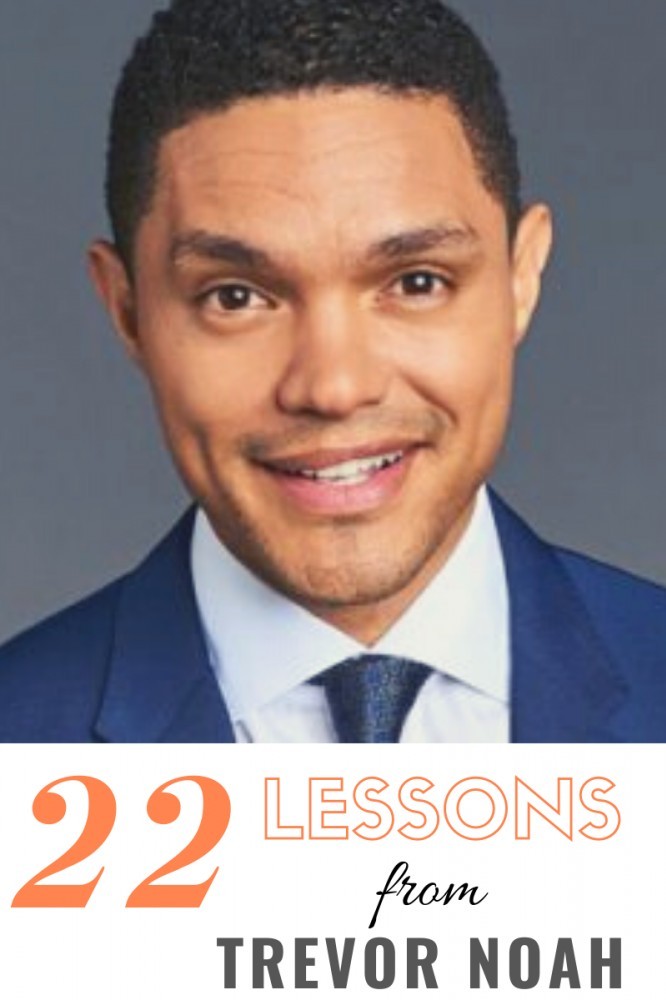 During an interview, Trevor Noah talks about beginning his day in a very powerful way:

He begins his day with meditation.

This is a habit that is practiced by many successful people and they credit this daily ritual to their mental clarity and their ability to have  the most appropriate reactions to unforeseen happenings.

26 Billionaire Habits to help you level up

Trevor Noah talks about not seeing any of the experiences he had had, whether good or bad as a disadvantage.

He credits everything he has gone through in life to his present circumstances.

He believes every stage in his life has molded him into the man he is today.

Trevor Noah was asked during an interview, how he stays grounded and he says, the secret is in keeping your “day ones”.

Staying in touch with the friends who knew you way back, when the world didn’t care about who you were.

It is important to have people around you who don’t see or treat you like a celebrity.

He told a story of a friend asking him to come help him move and he asks the friend if he knew who he was and the friend responded, yes, someone who has two hands to help me carry chairs.

4. Stay Away From Things Which Are Addictive

During an episode of, “The Daily Show”, Trevor mentioned his unwillingness to watch game of thrones or some other Netflix series due to their addictive nature.

Addictions have a way of greatly reducing our productivity.

Staying away from addictions leads to better time management, hence,…

Trevor Noah believes, the greatest gift he has ever been given was learning. So, he created the Trevor Noah Foundation to help bridge the gap between children and the education they deserve and the schools and the fundings they need.

This foundation is a way of giving back to his roots and again, impacting the lives of the present generation of students so they will be able to do the same for the future generation.

Giving back is the greatest way to show your gratitude and we all know, gratitude attracts more to be grateful for.

6. There are No Such Things As Failure

Trevor says, he doesn’t believe in failure, there are just learning experiences.

We learn which ways or what is  good or bad for us, how to do better next time.

Each experience whether good or bad prepares us for something greater than the present.

The one thing everybody says after hearing Trevor Noah’s working schedule is, how hard he works and some wonder how he is able to be so productive.

Despite being the host of the daily show, Trevor still finds the time to regularly do, “Stand Up”, Write a book, Host the,” On Second Thought Podcast” on Luminary.

During an episode of the show,” Comedians in cars getting coffee”, he was asked by Jerry Steinfiels what motivated him to work so hard. His response was Poverty.

He also says he doesn’t really look at “Stand up”, as work because he is literally having fun on stage and using,” Stand up”, to relax.

8. Get The Right Team For The Job

When Trevor Noah took over the daily show from Jon Stewart, he needed a group of writers who could adapt the jokes they write, to his personality and his delivery.

He needed a diverse group of correspondence, who could help include a wide range of relatable content to the show.

He credited his outstanding team for the daily show being nominated for the Emmy Award.

He also shows his appreciation to his team regularly with some pizza.

9. Strive For Your Best

When given any opportunity, the wisest thing to do is to put in your best, regardless of the outcome, you will always come out a winner.

Trevor strives to give in his best, in everything he does, this comes across to how hard he works.

During an interview, Trevor Noah filled us in on some behind the scenes of the daily show, the writing, the setting up, the rehearsals and multiple shots of a single scene.

10. We Are Always Learning

Trevor says he is always learning and he believes we need to always be willing to learn, that is how we grow.

He talks about learning daily and getting better progressively.

Trevor Noah was once the subject of lots of hate comments when he interviewed a known conservative political commentator, Tomi Lahren.

He was hated for giving her a platform or a chance to express her views.

Trevor then went on to defend himself by saying, we all need to be willing to listen to each other, give each other the opportunity to express themselves even when we don’t agree.

Trevor says listening to people who share a different view from us, helps us question and reshape our own views.

It prompts us to reflect on why we have certain believes or points of view.

12. Don’t Be Afraid To Speak Your Peace

Trevor Noah is known for always expressing his views on things taking place in the world even when it isn’t the popular view.

He is not afraid to be a voice of caution to a majority which preaches hate.

His fans like him for his humor and points of view.

Trevor Noah is very outspoken about where he comes from.

He is outspoken about the experiences he faced due to the time and place in which he was born.

He looks back at this and is always grateful for how far he has come and tries not to take this for granted.

Trevor credits his mom and upbringing for most of his present success and views.

His mum was very determined to make her son aware of a better world, so, he would have something to aspire to, which he did.

14. Always Look For The Bright Side Or Funny Side

Trevor Noah comes from a family in which they always find a way to laugh at their pain, even when his mum was shot  by her ex-husband.

Trevor credits his extensive knowledge to the days when he was forced to stay indoors for fear of being taken away from his mother by the police, during this period, he spent most of his time reading.

He also talks about being used to the role of an outsider and this has helped him as the host of a show in a foreign country.

Even being poor was a good thing as this inspired him to work as hard as he could.

Trevor likes to start his day with an update of the news.

This helps him at work and also it puts him in touch with what is happening in the world around him.

I personally like Trevor Noah’s stand-ups for the fun and also for the information he provides, about different parts of the world and their cultures.

16. Strive To connect With People

Trevor likes connecting with people and he has found language and accents to be the perfect way to do that.

He knows six languages and he’s always striving to learn a new language or accent.

Did you know that when you know multiple languages, your personality changes with each language? I never thought about this until Trevor mentioned it in an interview with a major reason why languages connect.

Trevor Noah talks about the importance of, putting ourselves in positions in which, our beliefs are being challenged.

It is very important to associate with people with contradicting beliefs, this goes a long way to either strengthen your beliefs or modify them.

Traveling the world has been a real eye-opener to Trevor Noah.

Travel to discover new people and cultures helps to burst our bubbles.

It helps us have a wider and more inclusive view.

19.Take A Chance And Do What You Love

Trevor talks about taking a very bold step to do “Stand Up”, even when everyone told him he was crazy to leave a job at the radio with high potentials, for an unsure future in,” Stand Up”.

He talks about taking that step to do what he truly loves and the uncertainty of the outcome.

Now he is able to work very hard because his job is one he has fun doing.

20.Don’t Allow Positive Or Negative Feedback Dictate How You Feel

When Trevor Noah took over from Jon Stewart as the host, the daily show reviews were really harsh.

True there were some positive reviews but he decided to move on and not let his next steps depend on the reviews.

He didn’t let the positive or negative feedback influence him as  he knew, depending on this feedback wasn’t a sustainable strategy.

He says if we feel motivated because of the praises we get, what happens when the praises no longer come.

21. Always Work To do Better

Trevor Noah is never satisfied with a constant state.

He is always trying to do better, so he keeps learning and improving.

Hasan Minaj, a former correspondence on the daily show, now the host of the Netflix show, “Patriot Act”, mentioned during a breakfast club interview that he was being asked by his former boss, Trevor Noah, to go do some work in Alabama to help the daily extend his viewership to that area.

22. We Are All Capable Of Anything

Trevor Noah says, he tells his story so that people will know we are all capable of anything, as long as you put in the work needed.

What matters is not were you came from or what you had , what matter is how well you use the opportunities you were given to better yourself and the world as a whole. 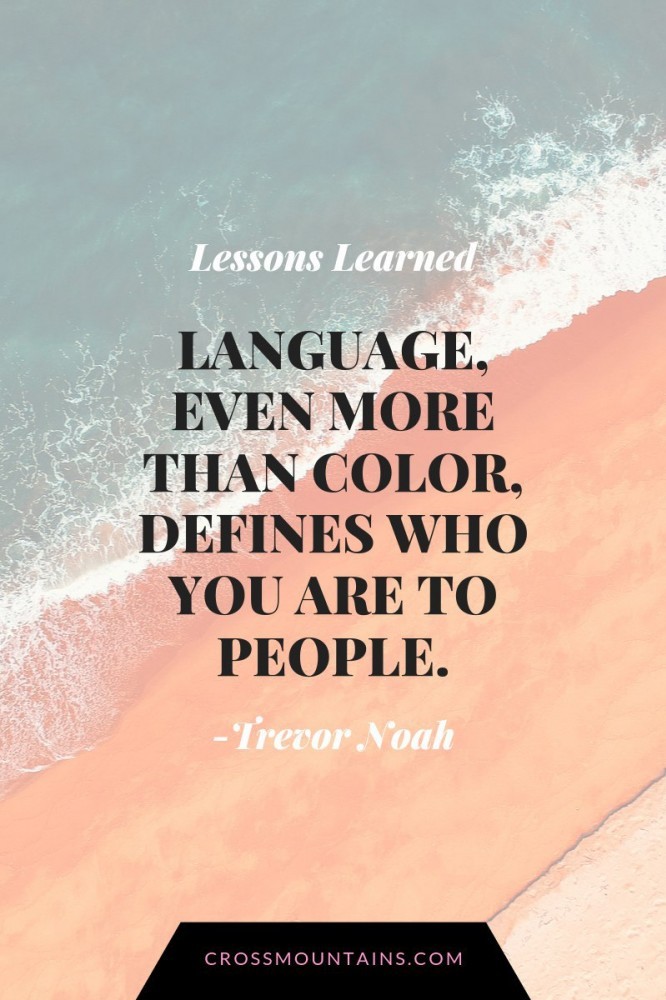