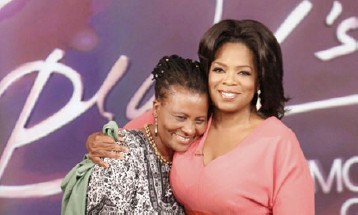 Today I will like us to talk about a woman Oprah has called her all-time favorite guess.

And we know Oprah has had some pretty impressive guess.

You must be wondering as I did, What made her so special.

Well sit back and relax, I am about to tell you about a lady who will impress you so much.

If she can push on to become a doctor, coming from a poor country in Africa, married with four children by the age of 18 without a high school diploma, then you can 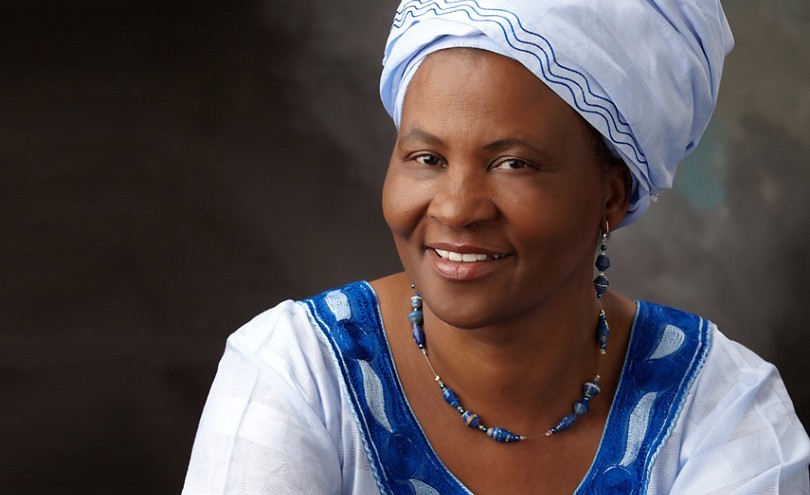 From this challenging beginning, she was made to believe in the possibility of achieving her dreams.

Which took on a journey filled with so many challenges.

But because she never gave up, despite moments when she felt like doing so, she has achieved what many will say impossible.

She has achieved a Ph.D., written 3 books and with the help of a $1.5million donation from Oprah built a school in her village in Zimbabwe.

She had a mother and grandmother who had both being married off early and who were both uneducated.

She was born in a community in which she was not allowed to go to school because they were poor and she was a girl. Priority was given to the boys because they were considered the future breadwinners of the family.

A teacher convinced her father to send her to school when he found out she was doing her brother’s homework after she taught herself to read and write using his books.

Her primary school period came to an end when her father accepted a cow for her brideprice and married her off young.

She got married to an abusive husband.

She lost a child because she was not able to produce enough milk to feed her child.

How she believed in her dream 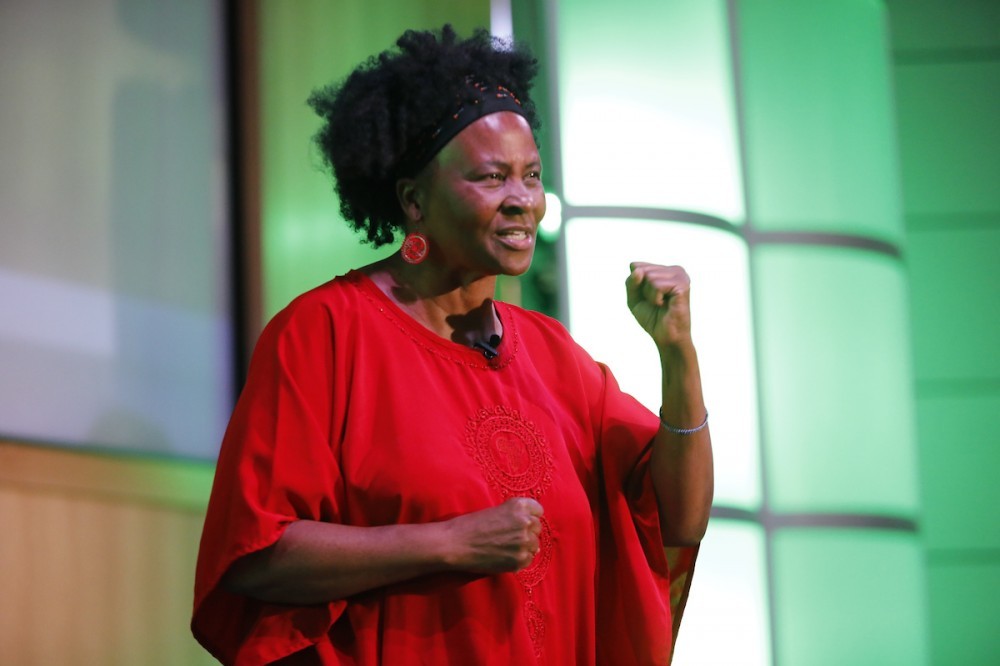 One of the American ladies found her sitting with some other women, she approached them and asked what were their dreams.

The other women began sharing their dreams but Dr. Trent hesitated to speak up because she never even thought she was allowed to dream.

When The American lady noticed she was silent she turned to her and said “young woman you haven’t said anything, tell me what are your dreams”

She wants to go to America, she wants to have an undergraduate degree, a master and a Ph.D.

The other women looked at her in surprise, like she was crazy, here was someone who didn’t even have a high school diploma talking about getting up to the level of Ph.D. 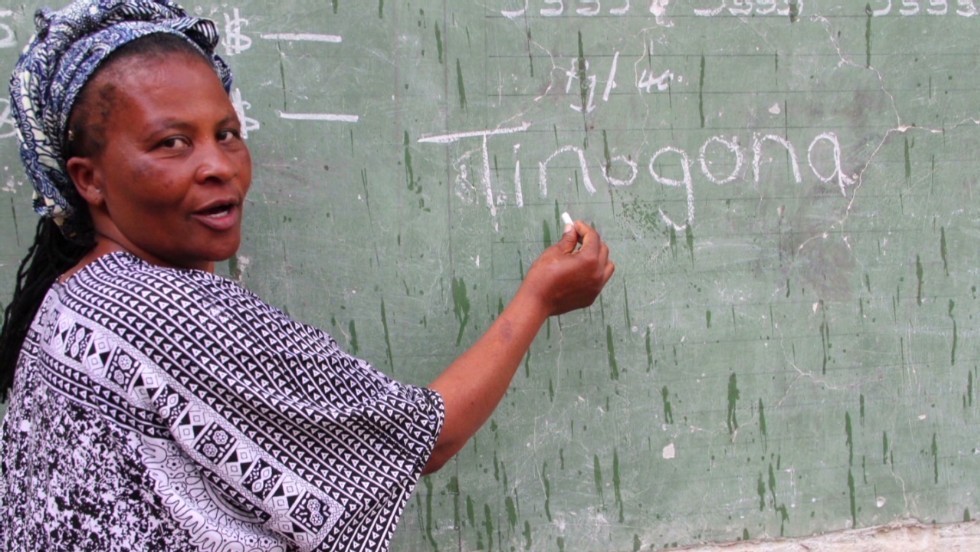 Then The American lady looked at her and said ” yes it is achievable. If you desire those dreams if you desire to change your life, yes Tinogona”.

Tinogona in Dr. Trent’s language meaning ‘it is achievable’.

Dr. Tererai Trent then went and told her mother about this experience.

Her mother encouraged her to go for her dreams.

She encouraged her to write down her dreams and bury them but first, she must add one more dream.

That is coming back to have an impact on her community. her mum said

” your dreams in life will have greater meaning when they are tied to the betterment of your community .”

She did just that and the journey began.

The Road to her dreams 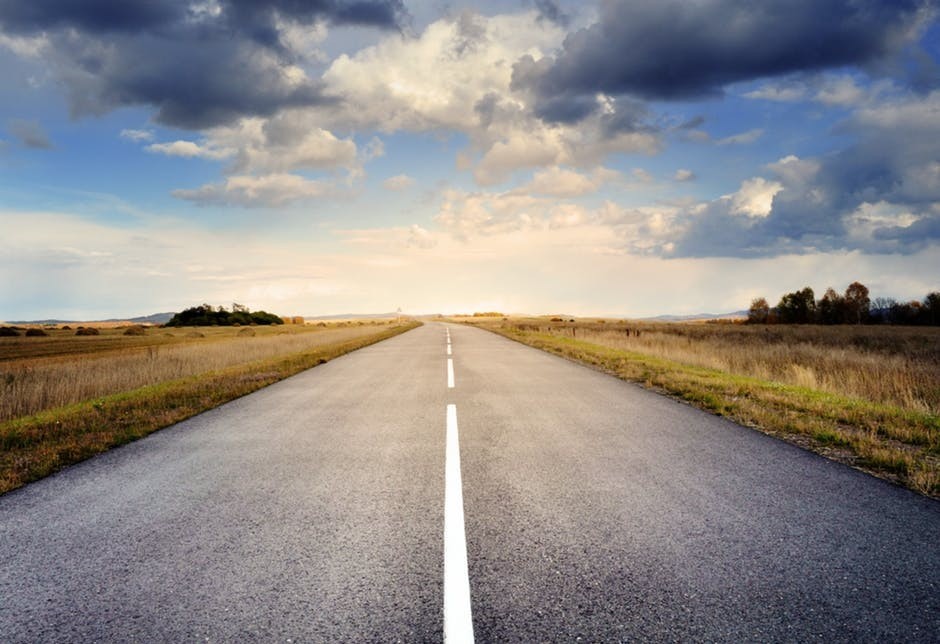 It would then take her 8 years to get her high school diploma.

8 years of so many challenges.

Her mother who was her financial support was very poor and could only afford to pay for the registration of some of the subjects she needed to get her diploma.

Dr. Trent went throw correspondence studies, as she was old for school.

She would write her exams and send to Cambridge and will wait for about 3 to 6 months for a brown envelope to come.

An envelope she had the results of her labor.

Several times she opened the envelope and found out she had a  U, ungraded.

She never gave up, for 8 years and finally, she opened the envelope and saw an A and a B.

Her move to the States 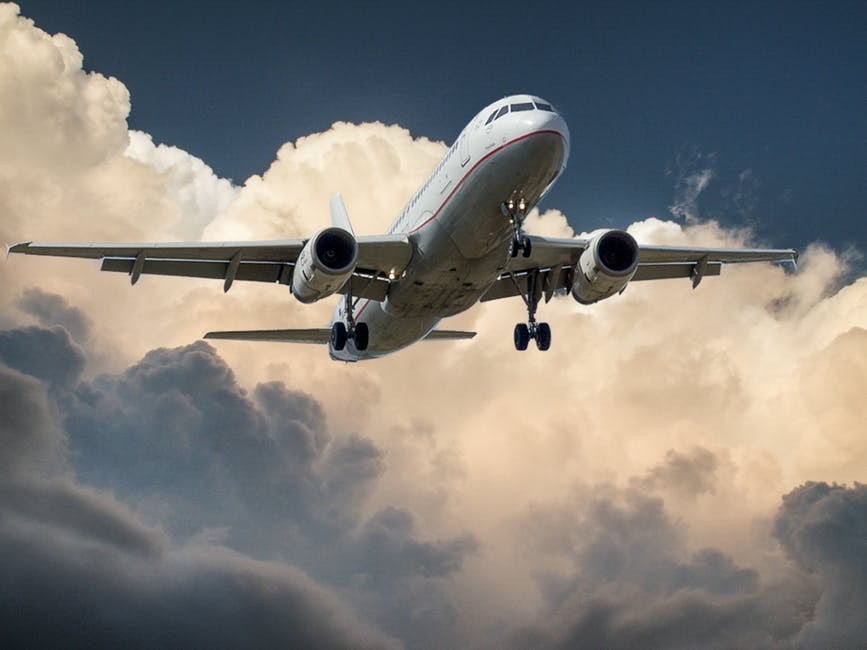 She later moved to the state with her husband and five children, where she earned her undergraduate degree in agriculture.

She later went further to attain her master’s degree in plant pathology, under very harsh conditions.

Her entire family stayed in a trailer.

It got very hot during the summer.

During her studies, one morning, she realized her children had bleeding gums.

Through some arrangements with a store, she was able to get some fruits and vegetables which were already getting rotten and been thrown in the trash can.

Dr. Tererai Trent says this was one of the times when she considered giving up.

She could not bear seeing her children suffer at the expense of her dream.

Sure she was living under harsh conditions but there were so many women back home who were not even able to get the opportunities she had been fortunate enough to have.

Sure she was getting food out of the trash can but at least the trash cans in America, unlike back home are being washed.

Travel back in time 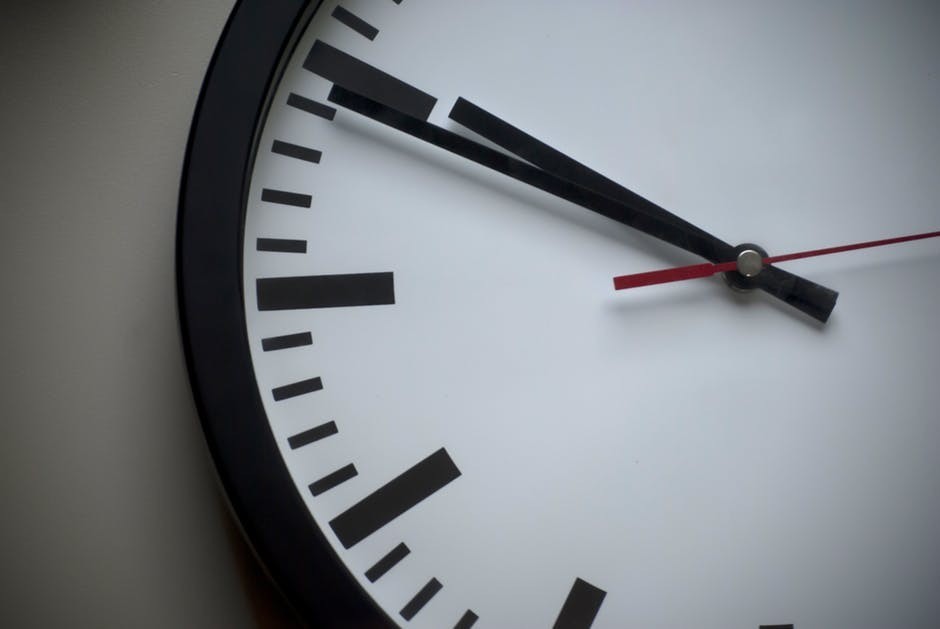 After attaining her masters she decided to find a job.

She felt the challenges were so much and she won’t be going for her Ph.D. anymore.

So she applied for a job and got accepted.

One day at work, she met this lady who stopped her.

This lady looked at her and said, “I think I know you”.

At first, Dr. Trent didn’t recognize this lady but later on, she realized this was the lady who had inspired her some 14 years back to believe in her dreams.

This lady, Jo Luck was now the CEO of Heifer International, the organization which had just employed her.

How she earned her PhD 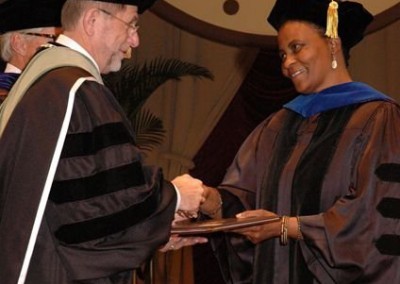 So the first holiday Dr. Trent visited home, she went to the spot were she had buried her dreams.

She dug up the piece of paper where she had written her dreams.

She checked 3 of her dreams and looking back at her were the 2 dreams still unaccomplished.

So she returned back to the state, enrolled in the university and began her Ph.D.

It took her 20 years from the day she had first burried her dreams to the day she finally became Dr. Tererai Trent.

She says as she walked towards the stage to collect her certificate, she felt like a lawyer who had said I rest my case on my argument that all things are possible if we hard for it.

How she achieved the dream of giving back 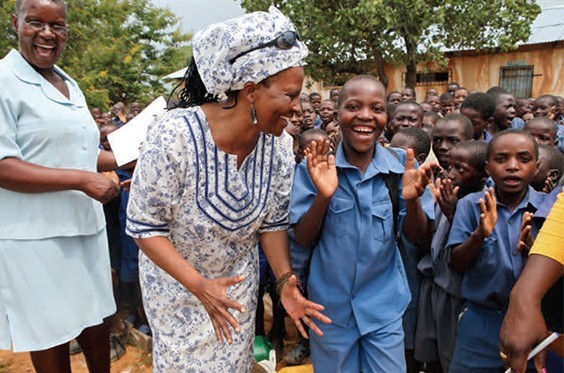 When she attained her PHD, she was now left with one dream looking back at her.

A dream she didn’t know how she will achieve.

She wanted to give back to her community by building a school in her village but she didn’t have the finance to.

She later on had an idea to make some inspirational T-shirts and sell , an idea which was not very successful.

Then she got the call from Oprah.

Oprah had heard about her story and her present goal.

Oprah invited her on her show and after a heartfelt conversation, Oprah informed her she will be donating $1.5 million for the building of the school in her village.

Of course, I left out some stuff, it will literally take me more than 20 years, to talk about 20 years.

And who better to  tell the story than the exceptional lady who lived it.

Get a copy of her book the girl who burried her dreams, available on amazon.

In this book, she gives a more detailed account of her journey to success.

All the questions you have about ‘how’ will be answered there. 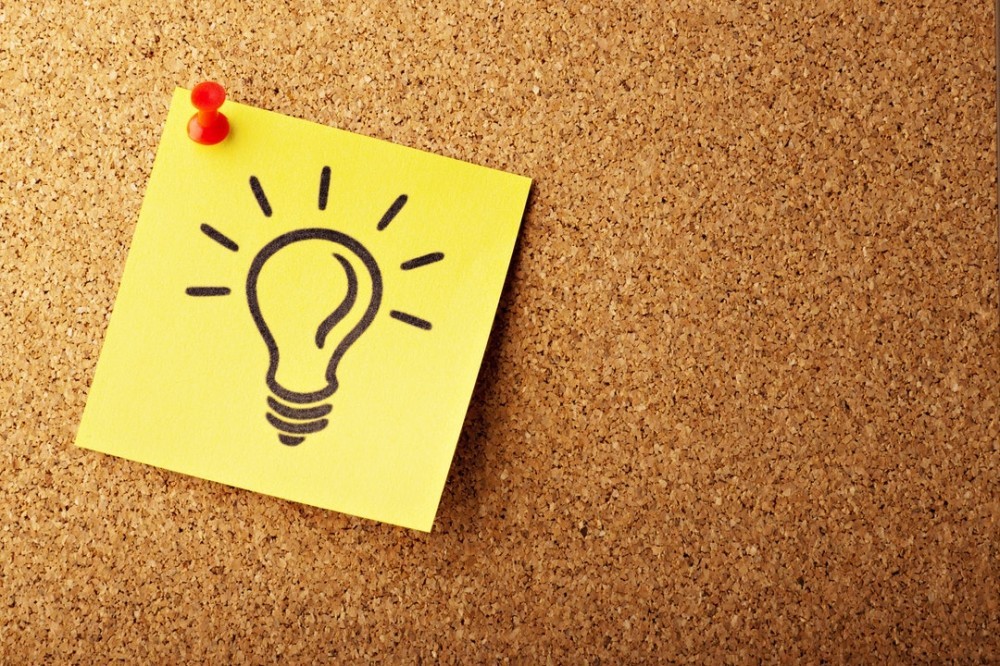 I will like to concluding by sharing with you some of the outstanding lesson Dr. Trent teaches us.

3. I knew at the end of the tunnel , despite it’s darkness, there was a light. And I knew I had the solution in me.

4. The universe has a way to honor our dreams, if only we believe and we become determined and work hard towards our goals.

5. If we believe in our dreams, yes we can achieve.

6. If we believe in the dreams of others and create platforms for the opportunities, yes they can achieve their dreams.

7. It was not because of my intelligence but because of the opportunities that I had been given in life.

8. There are 2 kinds of hunger in our lives. There is the little hunger. the little hunger is all about ” I want it now”, Immediate gratification. But the great hunger, the greatest of all hunger, which is the hunger that we all have is a hunger for a meaningful life.

9. Once we realize that we have the power to find that solution within us, we begin to hear the stirring in our own heart, pointing us to something greater than who we are.

10. When we become grounded, fear, doubt, ” I could have done that, I could have.. will disappear because we know we have what it takes to achieve our goals in life.

11. if you have a goal written down with intention, you can visualize the future you deserve.

Get some more inspiration and guide for an incredible life by Dr. Tererai Trent

In case you have not gotten enough of Dr. Trent, I know I haven’t, you will want to check out her self-help book The awakened woman

I hope you found this story inspiring, as much as I have.

I will like to know, what was your greatest take away from Dr. Trent’s story?

As usual, my friend go be legendary.