Look At Her Now

Of course she was sad
But now she’s glad she dodged a bullet (Mm)
Took a few years to soak up the tears
But look at her now, watch her go

Selena Gomez is an American singer, songwriter, actress, and executive producer, who many of us were introduced to as Alex Russo, on Disney’s hit show, ” Wizards of Waverly place”.

Back in 2018, she went through a public breakup and some health issues.

She took some time to process all she went through and recently released two hit singles ‘lose you to love me ‘ and ‘look at her now’ which speaks her truth on all she had been going through and the place she is at now.

” I am good,I am enjoying this part of my life and I am happy and it is not bullshit, it is just me being me and figuring it out, I am just Happy”

Gomez would likes this to be known. 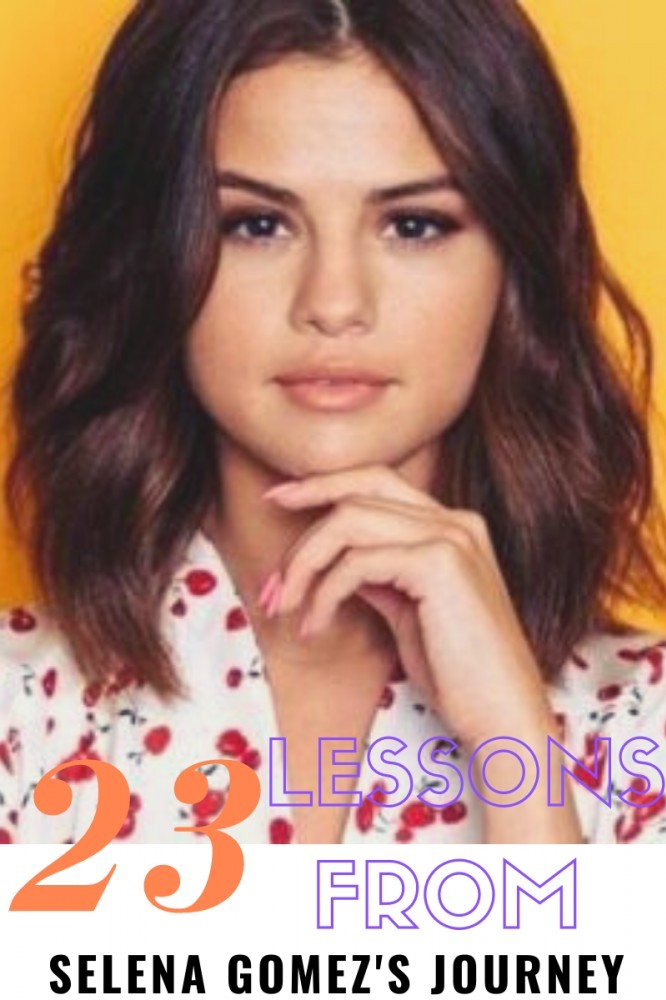 1.Lose You To Love Me

In Selena Gomez’s most recent album, she talks about the importance of prioritizing our own mental health.

She talked about putting an end to toxic relationships in order to get a chance to be the best version of yourself.

Her song “lose you to love me” reminds us of the bright side of a painful break-up.

Her recent album speaks to  a lot of people, myself inclusive.

She courageously talks about the pain she went through after her break up and picking herself back up.

This is something many of us have gone through at some point in our life.

Gomez didn’t just wallow in her pain, she used it as inspiration for hit records

There is a reason why Selena Gomez has one of the most followed Instagram accounts.

There is a reason why her music talks to so many people and hse has one of the most loyal fans.

This is due to her ability and decision to stay authentic.

To speak her most real truth no matter how it shapes people’s image of who she is.

4. Do What It Takes To Get Where You Want

i) Selena Gomez started working when she was seven years old.

She left her family and friends back in Texas, in order to pursue her entertainment dreams.

Her first opportunity to act came after numerous auditions.

ii) In 2012, she got the role of Gianna in Barney and friends, where she acted alongside Demi Lovato.

iii) After this role came to an end, she kept on with the auditions which ended her several roles.

iv) She is also willing to do what it takes to make it big with her music.

She once revealed that she takes a shot of ginger juice daily, though harsh and burns, she still does that frequently due to its great vocal benefits.

v)  Gomez also puts in the work to get her awesome physique.

Showing the world your vulnerable side makes more relatable and like Selena Gomez, your words have a more captivating and healing effect.

Gomez had this to say about her most recent album.

” In general the most important part was that the world got to hear it and hopefully relate to it and know that they are not alone, cause this feeling that everyone goes through in life is so real and you just get destroyed”

Travel the world, recollect your thoughts, reshape your perspectives in life.

Take some time out of your day today.

It will help you like it did Selena Gomez.

Taking time to step back also helped get Selena Gomez in a place where she felt courageous enough to share her vulnerable truth.

7. Don’t Let Yourself Let You Down

Sometimes we are our own worst enemy.

Selena Gomez says one of the lessons she has learned over the years, sometimes the hard way is that she needed to check herself.

She needed to pay attention to the actions and trends she included in her life which were not leading to positive outcomes.

During interviews Gomez did to promote her most recent album, she has repeatedly said, the worst time in her life ended up being one of the biggest blessings in her life.

From this intensely trying time, she was given a reason and the motivation to cut toxic ties, to seek help, to strive to become a better stronger version of herself.

She was able to share some raw and some process emotions in 4 minute hit records.

How to get over a break up

In 2017 Selena Gomez’s kidneys were shutting down and she had to go through an emergency Kidney transplant.

In 2018 her on and off relationship with singer, Justin Bieber came to an end.

On the 23rd of October of 2019, Selena surprised fans with the release of her hit single “lose you to love me” and on the next day released the single “look at her now”.

10. It Gets Better With Time

The period immediately after her public break up and some months after were very tough for Gomez.

She talks about having days when it was hard waking up from bed, days when she felt depressed.

Fast forward to some years later, she is in a much better place.

She is much stronger than before, strong enough to share her vulnerable side with the world and receive the backlash or feedback from the world.

It took Gomez 4 years to complete her most recent album and when asked about this she says ” we were gonna release it two years ago, thank God we didn’t because I wouldn’t have had half the material I do now’

Even getting the right team, which understands her took time, it took going through some bad to finding the best.

“You know that feeling, every single human being has had this feeling, when just feel like something is going on and you don’t know and on the other side of it you step back and you are like, oh gosh, I totally missed that and I probably should have got on, you know that that was something that was gonna keep happening to me”

Her recent break-up, painfully thought her this incredible lesson, the lesson to always acknowledge the signs and take action.

12. Deal With Your Emotions

Gomez urges us to work on our mental health.

13. Surround Yourself With Good People

When asked by Zach Sang, how she was able to get back up, she said the people in her life had a huge role to play.

Surrounding herself with people who were willing to support during downtimes and also inspire her to get back up.

Gomez has also emotionally spoken about her incredible friendship with fellow musician, Taylor Swift, she credits swift for always being there for her and helping her through it all.

Selena Gomez has been seeking help from a Therapist for years.

She has been able to recollect her thoughts and evaluate her past, present and future actions better due to this help.

This therapeutic help has also gotten her into a place where she could tell her truth.

Selena Gomez reminds us of a tested fact which is  “the more you face your fears, the more you become fearless”

In an interview with Zane Lowe, Gomez makes a confession about her past detrimental habit of people-pleasing.

She says over the years this has changed and the more she does things caring less of whether it pleasing everybody or not, the more she has become good at sharing her creations with the world regardless of the ways it might be received.

Quiet the noise, and pay attention to what really matters is one of Gomez’s secrets to great mental health.

Spending more time on the things that really matter leads to a more productive life with better relationships.

17. Limit Your Social Media Use

Despite having more than 159 million followers on Instagram, Gomez actually spends very little time on the app.

In order to limit her access to this addictive app, she deleted it from her phone.

She did this because she notices scrolling through the app made her depressed, the app influenced her to feel inferior about her body.

She says whenever she needs to use the app, she does so on a friend’s phone, this act has really gone a long way to help her better her mental health.

Selena Gomez has been a huge advocate for suicide prevention and mental health.

She is an executive producer on the Netflix hit show, 13 Reasons why.

This shows takes us into the life of teenagers who all had a role to play in the unfortunate suicide of their school mate.

She regularly shares her tips and guides to have better mental health.

Gomez is also an executive producer on the Netflix documentary “living undocumented  which premiered on the 2nd of October- 2019.

This documentary series follows eight undocumented families in the USA, giving us a glimpse into their lives, the hardships and struggles they all have to go through in order to make it in a world that labels them ‘aliens’.

Selena Gomez strives to use every experience as a learning opportunity both in her private and work life.

From her past relationship, she learned to make better choices and prioritize her mental sanity.

From her last album, she learned so many helpful tips which she applied to make her most recent album even better.

Gomez reminds us to always strive for growth.

20. Be Comfortable Being Single

Selena Gomez is very happy and loves being single right now, though she confesses it took her about a year to get there.

During her most recent interview with Zach Sang, Gomez tells us she has been single for two years now.

She talks about some of the lessons she learned from her past loves and how she intends to apply those lessons going forward.

Being single has given her the opportunity to know herself better and gives room for her to attract people on the same wavelength.

21. Be Patient For Better

It took Four years for  Gomez to get to a level when she was comfortable enough to release her new album.

It took her four years to get all the songs in the album which told the world what she was feeling and what she learned from her experiences.

Gomez is also applying this wise strategy in her private life, she is taking a break from relationships, she is patient for a better partner, she is taking her time to get her mind her life in the best place for what comes next.

Therapy helped Gomez to become more aware of the now, this helped her deal better with the daily happenings.

Being in the now has also made her happier, take that time to appreciate the great things in her present and worrying less about the future.

Not spending much time online has also really helped her get to this healthy place.

23. Always Strive To Be Your Best

In order to be her best Gomez did therapy, she cut toxic ties, she stepped back from her day to day and things which held her back.

She strengthen better bonds , then shared her truth with the world with her two recent hits “lose you to love me ” and “look at her now”.