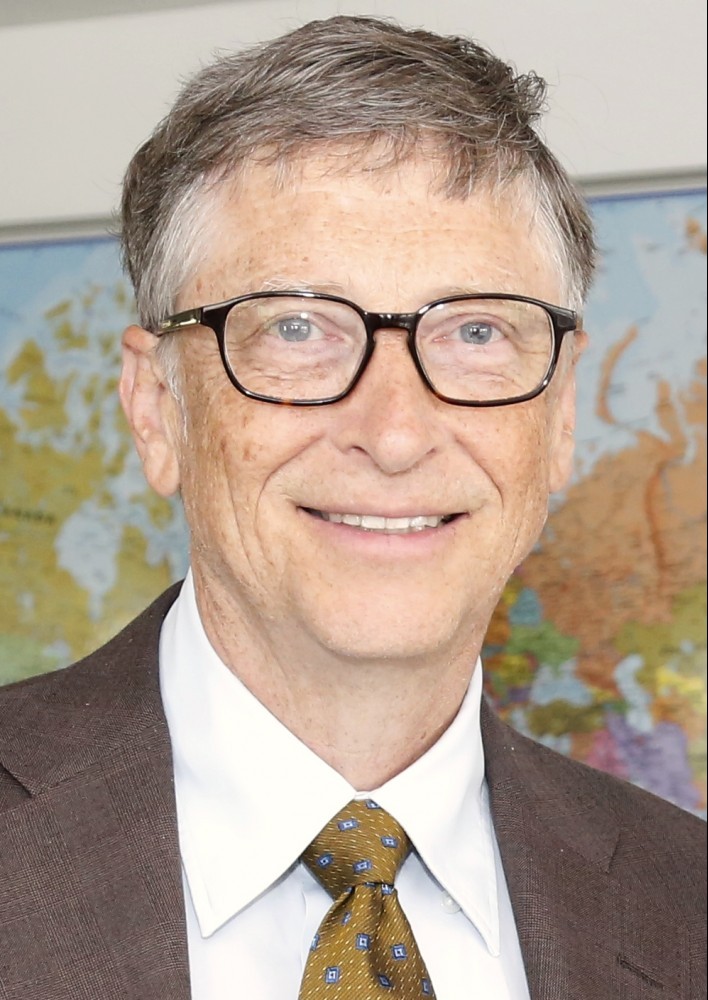 We all probably have heard of the name, Bill Gates and like me, your  knowledge of him is linked to Microsoft but, after watching the recent Netflix documentary, I now realized the is so much more to Bill Gates than a computer obsessed genius, who is a workaholic enough to build a multibillion-dollar, multinational technology company.

In this documentary, we get to know Bill Gates as a dedicated problem solver, who is ready to go the extra mile to find a solution for everyday problems, which have previously gotten little or no attention.

He takes up challenges which many believe to be impossible and, the numerous lessons I will be talking about all play a key role to his high levels of success. 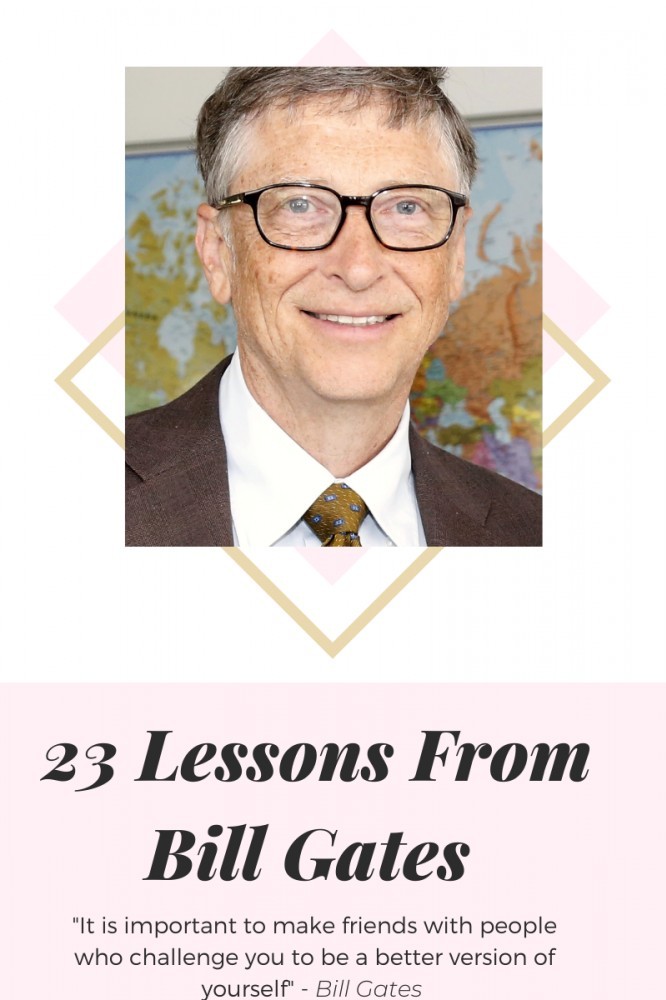 Bill Gates take thinking weeks, during which he stays in a home far from family, far from any distraction.

He uses this time to think about the things we have decided to commit to and find solutions to pending problems he has decided to solve.

2. Give Back ( Every Human Life Is Of Equal value )

Based on the belief that all lives have equal values, in 2000, Bill Gates and his wife Melinda Gates founded the Bill and Melinda foundation.

They have goals to eradicate polio, diarrhea, improve our environment and so much more.

Bill Gates has always looked for the best people to help him find and implement solutions to the problems he was trying to solve.

Bill Gates Partnered with his wife Melinda, who was better at connecting with people  to start the Bill and Melinda foundation.

To fulfill his goal of creating an alternative and more environment-friendly Nuclear energy source, he partnered with some of the best minds, like a famous inventor, Lowell woods and author and former CTO of Microsoft, Nathan Myhrvold.

Bill Gates is someone many have called, a workaholic.

He is a leader, whose intense and high productivity work ethics, prompt his employees to do the same.

To get Microsoft to its world-dominating level, Bill Gates spent several nights sleeping on his office floor.

He gave limited time for eating, sleeping or any social life.

5. Always Do Your Best

In every venture Bill Gates takes on, he does so with the intention of putting in his very best.

He puts in the hours, gets the best time, brainstorms and implements the best steps for the best outcome.

His commitment to the best, yielded a multi-billion-dollar company, a foundation impacting millions of lives and numerous future ventures which are sure to change the world.

He is passionate about problem-solving so, he finds problems to solve.

He is able to dedicate countless hours, working and seeking limited distractions because he enjoys what he does.

7. Focus On What You Are Good At

One mistake many of us make is, focusing on things we are not good at, unlike successful people who find out what they are good at and dedicate their time to getting better.

When you are already good at something, it means you are closer to better and best.

This is a tip applied by Bill Gates and other billionaires like Mark Zuckerberg and Warren Buffet.

One of Bill Gates’ earliest friendships was with Paul Allen, who he teamed up with to create Microsoft.

During an interview on a documentary about Bill Gates, Warren Buffet, Bill’s  good friend, who donated half of his wealth to the Bill and Melinda Gates Foundation, said, “It is important to make friends with people who challenge you to be a better version of yourself”.

9. Do things For Optimisation

Lots of the things Bill Gates has been up to are truly inspiring but, his goal, isn’t to inspire.

He doesn’t aim at inspiring people, he aims at leading to optimization.

Bill Gates is humble enough to admit he can’t do it all and he doesn’t know it all.

So whenever he finds a gap in his knowledge or ability to meet certain goals, he gets the help he needs to get the job done.

His ability to get the right help he needs for the job has played a key role in his remarkable success.

Throughout Bill Gates Life, he has taken bold, risky moves.

He has taken steps that many, including his parents felt, were unwise.

He made moves like dropping out of Harvard to focus on building Microsoft, he made that move before he made any gain from this venture.

On June 15, 2006, Bill Gates stepped down as the CEO of a company he has spent most of his life building to focus on other world-transforming projects he now believes in.

Sometimes, what holds us back is inadequate tools and equipment to get the job done.

Bill is very thorough at laying the groundwork for projects he undergoes.

He gets the team who he can work with to bring out all the tools, environment, all the necessities for maximum efficiency.

13. Be Conscious About Your Thoughts

We can’t leave our thoughts on autopilot.

We must actively decide what occupies our mind and what doesn’t.

This not only helps us spent more time deliberating on goal advancing thought but, it is also a way to meditate, that is, aligning our mind and body.

Bill Gates was called by President Obama, “A Patient Optimist”.

He is optimistic about positive outcomes and works hard to get it done in the shortest time possible, but doesn’t stop being optimistic even though, it doesn’t happen as quickly as he wants.

He stays optimistic despite the setbacks and he believes, just because it has not happened now, does not mean it won’t. It just means, lots more work needs to be done.

Back in 1996, Bill Gates was asked if Microsoft had the possibility of being one of the biggest software developing companies in the world and he was very positive about this possibility.

Despite the several setbacks they had already faced, Bill Gates still believes and is working on his goal of eradicating Polio Globally.

Starting up Microsoft and all his business ventures, rooted from a highly ambitious mindset, believing he can accomplish whatever he sets his mind to, regarded he puts in the work and time needed.

Reading is one of Bill Gates’ favorite pass time and he credits this for his extensive knowledge.

Like many other successful people, Bill Gates’s book choice depends on his present ventures.

He reads to guide his path to success, he reads to find the problems in need of attention.

As I had pointed out previously, Bill Gates is a problem solver.

Many successful entrepreneurs will tell you that, they made their wealth from providing great solutions to problems.

Microsoft came to life to fill a huge gap in the computer industry.

Bill Gates took the risk to drop out of an Ivy League University, giving up a chance to complete a quality education and missed out on creating more helpful bonds.

He took this huge risk to focus on Microsoft.

The great success of this company can be credited to Bill’s undivided attention.

19. Be Confident About Your Abilities

In the Inside Bill’s brain documentary, he made us aware of his great problem-solving abilities.

Bill Gates commits to finding solutions to certain problems before he is fully aware of what it will take.

He takes on truly challenging projects, from finding the perfect timetable for a reputable private school to working to eradicate polio globally.

He goes into this assuring contributors and collaborators of a positive outcome, all it takes it time and the right amount of effort.

When you take up a huge and risky projects like Bill Gates, sometimes things don’t go well.

Sometimes it’s after you have already spent millions.

Like Bill Gates, you need to be able to be detached from the time, money and even the outcome of these projects.

This will go a long way to save your physical and mental health.

It will also help you keep your motivation to keep going.

One very remarkable and consistent habit Bill Gates has is his punctuality.

This helps him efficiently manage his crowded and demanding schedule.

22. Learn And Get Better From Mistakes Of The Past

We all make mistakes, it is important to take the time to reflect on them and take better steps in the future.

It is also important to do research on the mistakes of others and find out why they made such mistakes.

His recent work with nuclear energy is one that needs such detailed research to avoid big and lasting damages.

23. When Confronted With Something Difficult, Work Harder

When confronted with difficult problems, Bill Gates never takes the giving up option.

He only sees this as an indication of the need of more time and effort.

The more difficult the problem the harder he works.

Some Habits Of Other Highly Successful People

20 Lessons Learned From Will Smith For A Balanced Life