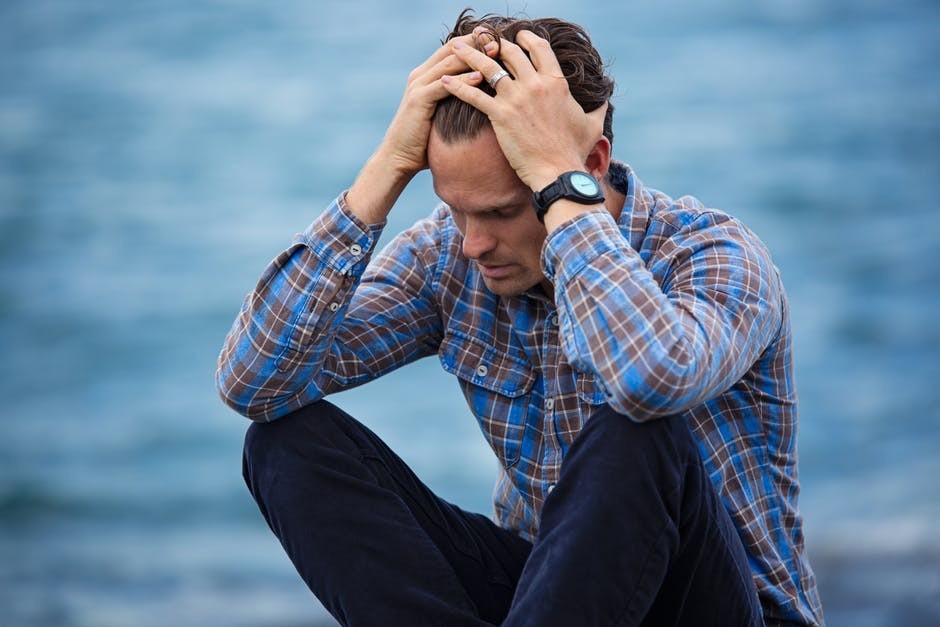 Before we proceed to talk about some of the quotes for failure, let’s first look at what failure is all about.

According to wikipedia failure is the state or condition of not meeting a desirable or intended objective, and may be viewed as the opposite of success.

This defination screams negative to most of us.

So as any reasonable person world , we turn to shy away from failure.

Then we are told by many successful people about the great mistake it is to fear failure.

In fact, they tell us that fear of failure will keep us away from the success we desire.

Especially because this implies failure might be a positive thing.

True this is hard to believe, especially when you are feeling great pain and hurt from failure.

but as we move through some 20 inspirational quotes for failure you will get to see the bright side of failure like many success stories have. 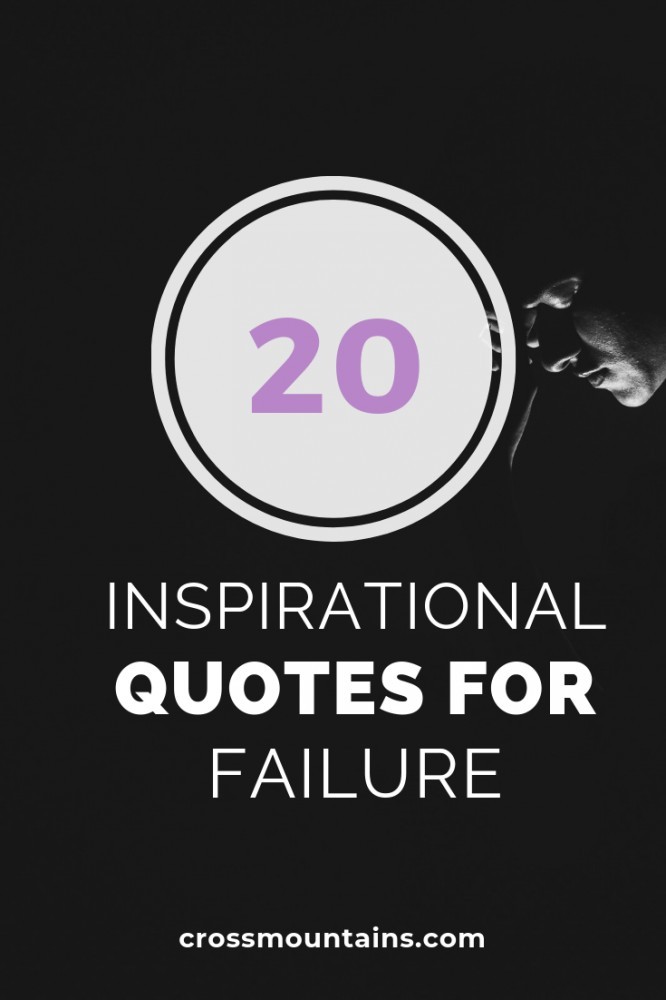 1. There are no secrets to success. It is the result of preparation, hard work, and learning from failure. 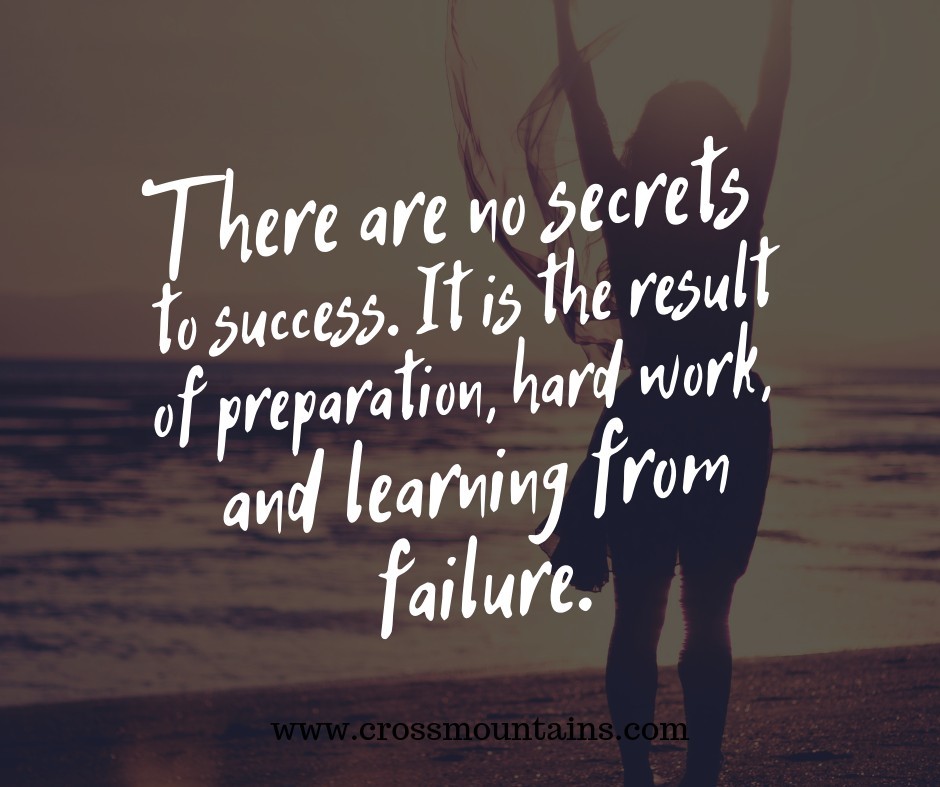 First on quotes for failure is some words from Colin Powell, an American politician and retired four-star general in the United States Army.

It reminds us that our failures are a learning experience, we learn one more way not to go.

This quote reminds us that in the moments when you feel like a failure, remember that with the preperation and hard work present, this failure takes you steps closer to the success you graze.

2. Many of life’s failures are people who did not realize how close they were to success when they gave up. 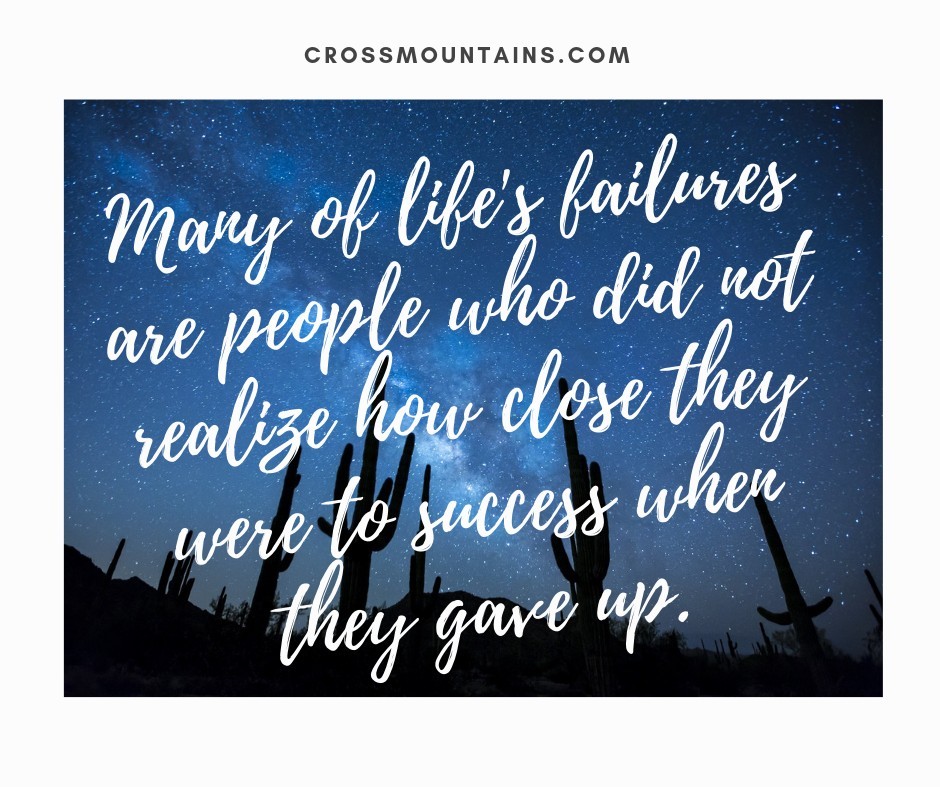 This quote for failure by Thomas Alva Edison, who was an American inventor and businessman, who has been described as America’s greatest inventor cautions us on the way not to become a true failure.

We are reminded that we might experience our greatest temptations to quite when we are few steps to success.

So everytime things go really bad and you deeply feel it is a sign to stop, remember this and just hold on a little bit longer.

3. Failures, repeated failures, are finger posts on the road to achievement. One fails forward toward success.

This quote from Clive Staples Lewis, who  was a British writer and lay theologian, tells us that we can’t get to success without meeting numerous failures on the road.

We fail, we fail, and fail , then we succeed, that is just the way it goes.

No successful person will ever tell you of a road with no failures, in fact they will speak of more failures than successes.

4. Failure is simply the opportunity to begin again, this time more intelligently.

This is a quote for failure by Henry Ford, who was an American captain of industry and a business magnate, the founder of the Ford Motor Company, and the sponsor of the development of the assembly line technique of mass production.

This quote inspires us to look at the bright side of failure.

No matter how low you fell, this is an opportunity to start back and do everything much better than the last.

This quote basically makes us look at failure as a blessing.

5. A failure is not always a mistake, it may simply be the best one can do under the circumstances. The real mistake is to stop trying.

This is a quote by Burrhus Frederic Skinner, commonly known as B. F. Skinner, he was an American psychologist, behaviorist, author, inventor, and social philosopher.

He reminds us of the mistake it will be to quite because of some failures.

If we look at our failures more like the best we could do under the circumstances , instead of mistakes, we would stop beating ourselves up about them.

Also this quote encourages us to do our best with the circumstances we are being given , so we can truly say we did our best.

6. A little more persistence, a little more effort, and what seemed hopeless failure may turn to glorious success.

A quote by Elbert Green Hubbard, who was an American writer, publisher, artist, and philosopher.

This quote for failure reminds us to be patient during failure.

It reminds us to stay persistent, put in a littile more time and effort, that’s the only way to get to success from there.

7. Success consists of going from failure to failure without loss of enthusiasm.

Next on the list of quotes for failure is a quote from Sir Winston Leonard Spencer-Churchill, who was a British statesman, army officer, and writer.

This quote tells us to still keep the eagerness, interest and dedication we had from the beginning of our journey, no matter the falls on the road.

This is a really hard one I know, especially when the failures keep coming with very few or insignifigant successes.

At this point in time one thing which can keep our enthusiasm alive is remembering our why and finding ways to derive joy from the process.

8. It is impossible to live without failing at something, unless you live so cautiously that you might as well not have lived at all, in which case you have failed by default.

She tells us that the only solution for failure is not doing anything at all.

And that even this makes us a failure by default.

This is a quote to remember when people call you failure, you can always be conforted by the fact that atleast you tried and the is no way out of failing.

This is a quote for failure which remind us we are not alone in this world of failures.

9. I believe in never giving up, no matter what the odds. My mantra is, ‘Failure is temporary. Giving up is permanent.’

This is a quote by Kiran Mazumdar-Shaw , she is an Indian billionaire entrepreneur. She is the chairperson and managing director of Biocon Limited, a biotechnology company based in Bangalore, India and the chairperson of Indian Institute of Management Bangalore.

I like this, it reminds us that good days are ahead, and the only way to get there is if you don’t give up.

Giving up is what makes you a permanent failure.

10. Success is not the absence of failure; it’s the persistence through failure.

This is a quote by Aisha N. Tyler, she is an American actress, comedian, director and talk show host.

Most times we look at successful people and have the impression that their lives are perfect.

We dream to be in their shoes, especially when we face some downtimes.

I like this quote for failure from Aisha N. Tyler, someone who many would consider successful , telliing us that her success doesn’t mean the are no failures she has experienced but it is a testament to her persevarance throughout the tough times.

11. Do not brood over your past mistakes and failures as this will only fill your mind with grief, regret and depression. Do not repeat them in the future.

This is a quote by Sivananda Saraswati, who was a Hindu spiritual teacher and a proponent of Yoga and Vedanta.

This quote about failure tells us to move forward.

No need to spend time grieving our past msitakes.

What we need do is learn from our past mistakes and find a way to move forward.

12. Never be afraid to fail. Failure is only a stepping stone to improvement. Never be overconfident because that will block your improvement.

This a quote by Tatchakorn Yeerum, better known internationally as Tony Jaa and in Thailand as Jaa Phanom, he is a Thai martial artist, actor, action choreographer, stuntman, director and Buddhist monk.

Another reminder that our failure takes us closer to success.

He also goes on to caution overconfidence, if we have the desire to improve.

13. Failure happens all the time. It happens every day in practice. What makes you better is how you react to it.

In this quote for failure, we are cautioned about the way we react to failures.

How do we take our failures.
Do we give up, do we stay strong and work towards success.

How we react to our failures determines whether we become successes or not.

14. If you’re not failing every now and again, it’s a sign you’re not doing anything very innovative.

This is a quote from Heywood “Woody” Allen, he is an American director, writer, actor, and comedian whose career spans more than six decades.

This is for those of us who work towards being original.

Being that new voice.

Sometimes who won’t hit the mark, people will hte what you have to offer, it will not be as successful as you hoped.

But we just need to keep in mind that failure comes with the creative territory.

We accept that and move on to the next or make it better.

15. Every stumble is not a fall, and every fall does not mean failure.

This is a quote from Oprah Gail Winfrey . She is an American media executive, actress, talk show host, television producer and philanthropist.

Sometimes we stumble , we might miss a step but still get to our desire destination, if we keep on moving.

Sometimes we even stumble , miss a step and fall , preventing us from getting to a destination which mihgt not have been the best for us.

Not attaining that goal might be a good thing and we get to see that down the road.

16. The only real failure in life is not to be true to the best one knows.

This is a quote from Gautama Buddha, also known as Siddhārtha Gautama in Sanskrit or Siddhattha Gotama in Pali, Shakyamuni Buddha, or simply the Buddha, after the title of Buddha.

He was a monk, mendicant, sage, philosopher, teacher and religious leader on whose teachings Buddhism was founded.

Buddha encourages us to always put in our best because absence of your best effort is the true failure.

17. If you try to do your best there is no failure.

This is a quote for failure by Michael Joseph Farrell Jr.

He is an American actor, best known for his role as Captain B.J. Hunnicutt on the television series M*A*S*H.

Do your best and no matter the outcome, you didn’t fail.

18. Like success, failure is many things to many people. With Positive Mental Attitude, failure is a learning experience, a rung on the ladder, a plateau at which to get your thoughts in order and prepare to try again.

This is a quote from William Clement Stone.

He  was a businessman, philanthropist and New Thought self-help book author.

He points out some of the bright ways we can look at failure.

What we need the most is a positive outlook on our situation, this helps us stay strong when we feel like staying down.

19. There is no innovation and creativity without failure. Period.

This is  quote for failure from Casandra Brené Brown PhD MSW

She is a research professor at the University of Houston where she holds the Huffington Foundation – Brené Brown Endowed Chair at The Graduate College of Social Work.

She simply reminds all creative to prepare for the failures along the way because they are sure to come.

And you are not an outsider or don’t belong because you get lots of failure, in fact it is a sign you are on the right track.

What you need do is keep going and keep learning.

20. Your attitude towards failure determines your altitude after failure.

This is a quote from John Calvin Maxwell.

He  is an American author, speaker, and pastor who has written many books, primarily focusing on leadership.

Where you go next after failure is determined by your attitude.

Do you learn, grow and try again or do you give up.

80+ Inspirational Funny Quotes For Your Road To Success

20 Wise And Life-Changing Quotes For Patience And Perseverance